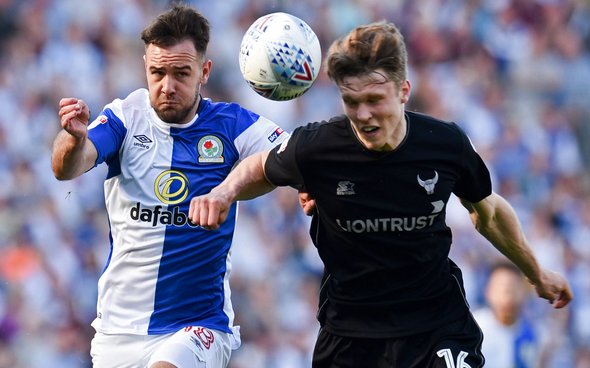 Newcastle have been dealt some positive transfer news ahead of the summer window – regardless of whether the club are playing in the Premier League or not next season.

According to TEAMTalk sources, the Magpies are preparing to push ahead with a £16 million move for their former academy prospect Adam Armstrong and will look to do so even if Newcastle are relegated to the Championship this season.

Since moving to East Lancashire the now-Blackburn Rovers hitman has lit up the Championship with an impressive record 55 goals in 151 appearances since his 2018 move.

Unsurprisingly, such a record has also caught the eye of the likes of West Ham and Southampton – but Newcastle possesses a key differential that puts them in the driving seat ahead of other suitors.

The Magpies wield a major advantage in the chase for the player thanks to a clause in his contract that sees Newcastle yield a staggering 40% of any future fee commanded for the player, but Newcastle buying back the striker would make the clause redundant.

The 24-year-old 5ft6 marksman has scored 19 goals and 3 assists in little over 30 league games alone this season, having joined Blackburn for under £2 million.

Superficially, buying back Armstrong would be an implicit admission that the Mags were wrong to let their prospect go.

Regardless of that, he retains a natural instinct for goal and a youthfulness that offers plenty of promising years ahead of him.

With an advantage over rivals and plenty to offer, a deal makes total sense.