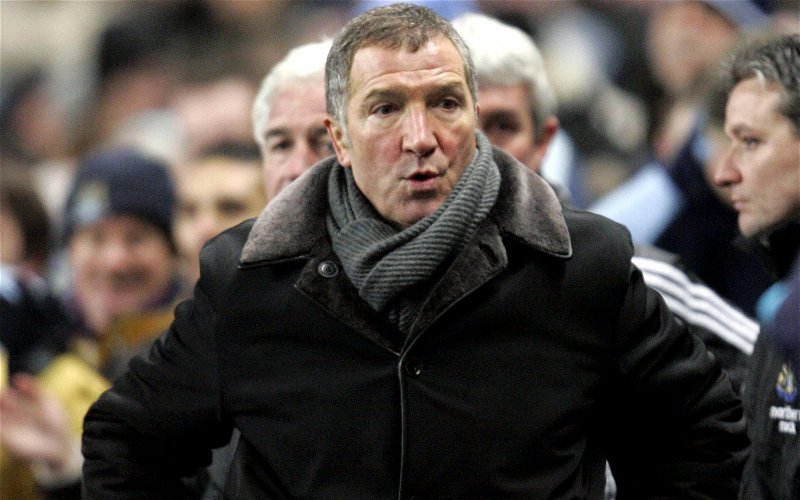 Graeme Souness has referred to Newcastle United as a ‘graveyard for managers’.

Speaking to the Sunday Mirror (today’s print edition, page 56) the Sky Sports pundit spoke of how difficult a club the Magpies are to manage having been in charge at St. James’ Park between 2004 and 2006.

“People go there thinking, ‘I’ll be the one who brings the good days back.’ But it isn’t as simple as that,” he said.

“Newcastle has been a graveyard for managers for years.

“I remember my first game there was against Blackburn. I went into hospitality before the match and saw the chairman’s wife. She said, ‘So you’re the new lion-tamer’, and she pointed at the crowd.

‘They are wild and they demand success.”

It certainly was for Souness, who hasn’t managed a game since.

Still, the likes of Chris Hughton and Alan Pardew managed to go on to other Premier League jobs after managing the club (with the latter taking the side to fifth before things turned sour) while it’s hard to imagine Rafa Benitez struggling for work after leaving his job in China.

In terms of winning trophies, of course he’s right. Still, as sections of the support have made clear, most people just want a club that tries, not necessarily a team that wins.

While the decline truly started after the sacking of Sir Bobby Robson in 2004, most supporters would surely point to one man being the problem – Mike Ashley.

The lack of investment and strange managerial appointments (the likes of Joe Kinnear and Steve McClaren spring to mind) have held the club back as Benitez himself pointed out upon his departure in 2019.

It’d be hard to suggest Benitez’s time in charge of Newcastle as anything even slightly resembling a ‘graveyard’.

At times under him, the club was bouncing and looked as if it could finally work towards something substantial only to see Ashley’s lack of ambition seriously undermine the Spaniard’s plans.