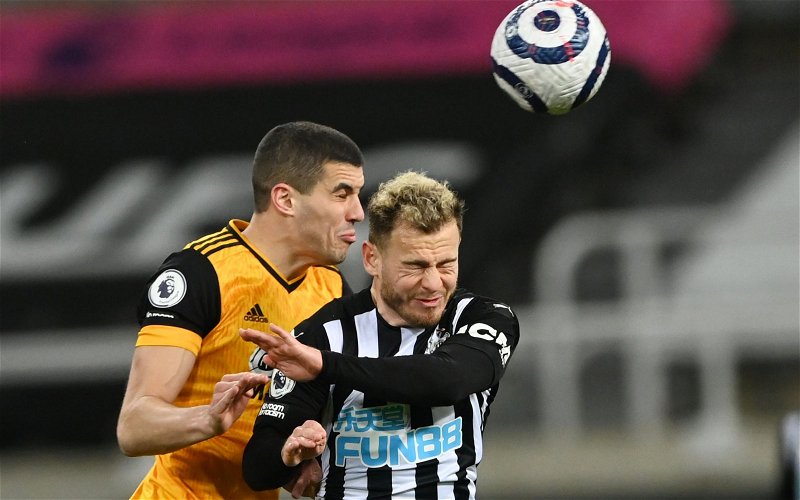 When asked about how Newcastle United recover from seeing both Miguel Almiron and Allan Saint-Maximin join Callum Wilson on the treatment table until April, Agbonlahor suggested it is now up to the Scottish international to repay Steve Bruce’s faith in him.

“It gives a chance to the likes of Fraser and these players to step up, they owe their manager,” he said.

“Fraser owes Steve Bruce. He’s brought him in on a free transfer and given him great money.

“He’ll be looking at those players to step up.”

Lee Ryder recently hinted he didn’t believe Fraser actually looked like he wanted to be at St. James’ Park after a difficult first season on Tyneside. Niggling injuries may well have gotten in the way but the 27-year-old has only been able to contribute two assists to the cause all season and cost his side by getting needlessly sent off against Sheffield United.

Can we rely on Fraser?

While two assists isn’t exactly the return anyone would have had in mind upon his arrival, it’s still more than all but three of his teammates and he has proven he can make an impact at Premier League level, scoring sixteen times and registering thirty assists during his time with Bournemouth.

Considering the injuries, he looks to be the best source of goals left in the team.

Fraser could make himself a hero by taking on the mantle of Newcastle’s leading attacker over the next few games. With key fixtures against West Brom, Sheffield United and Brighton to come, the Scotland international could even put himself in the shop window if Ryder is right in his theory that he doesn’t want to be here.

Now is his time.