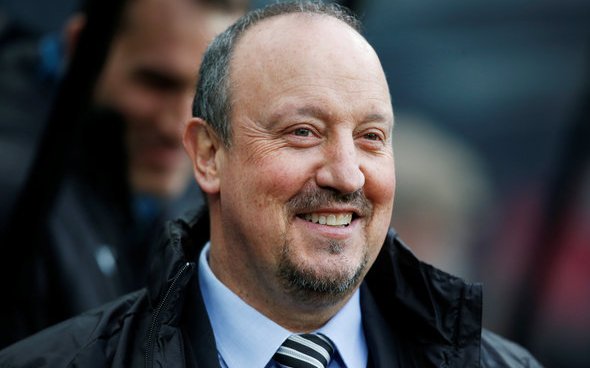 Any Newcastle fans hoping to again be saying ‘Rafa the gaffer’ have been dealt an unfortunate awakening following the latest interview with the ex-Newcastle tactician.

Rob Draper, who is the Chief Football Writer for the Mail on Sunday, conducted a recent interview with ex-Liverpool and Newcastle boss Benitez for the Daily Mail covering a vast array of topics.

Aside from the interesting revelation that he has installed a second TV in his West Kirby home to watch football all day with his 18-year-old managerial protégé and daughter Agata – at the request of his disgruntled wife – the prospect of Benitez returning has been deemed ‘unlikely’.

Draper added that whilst Mike Ashley remains in charge of the club, there is ‘no prospect’ of a return for the Spanish tactician.

The writer also issued a deflating update on takeover developments, adding that there is ‘no likelihood’ of an imminent takeover on Tyneside at present.

The gap of affection between the figures among fans (many of whom hold Benitez’ spell in fond memory and cannot stand Ashley) could not be more apparent.

That makes Draper’s reportage that bit more soul-tearing for fans of the club who are increasingly left looking over their shoulder with the spectre of relegation threatening to haunt Newcastle.

Newcastle have endured two relegations under Mike Ashley’s reign at St. James’ Park and Benitez was conversely a steady hand that guided them out of a chasm in the club’s history.

Keeping Newcastle in the division for consecutive seasons following a successful promotion campaign, 62 wins from 146 matches in total across all competitions (as per Transfermarkt) represents a 42.5% win ratio.

The prospect of the available former manager being pushed away from an Ashley-owned club exacerbates the heartbreak many fans must surely be feeling.