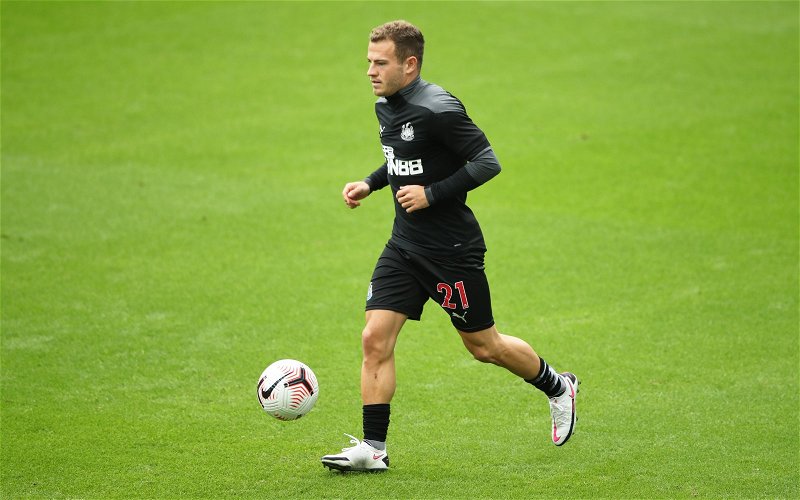 Ryan Fraser was a name emblazoned in the headlines after the Newcastle winger equalised for his country to secure Scotland a hard-earned point.

Scoring against Israel, the Newcastle attacker netted for Steve Clarke’s side in a 1-1 draw in Tel Aviv in the Scottish World Cup qualifying campaign.

What does it mean for Newcastle?

The 27-year-old has struggled with injuries in his debut season at Newcastle, with two assists and no goals to show for his free transfer from then-relegated Bournemouth.

It is difficult to reliably gauge Fraser’s spirits, but his creative form has bene left in the dust by another ex-Cherry that made a summer move to Steve Bruce’s side – Callum Wilson.

The club’s top league scorer in Wilson has been exemplary for the Magpies and has been a gaping absence in the front line following an injury that has seen him side-lined at a crucial stage at the season.

With a goal for his country, many Newcastle fans expressed a fervent optimism that his goal-scoring form could return to St. James’ Park – and it will need to.

Deployed in a central area behind the striker, Fraser played for almost all of the game and had a successful pass completion of 77% – more than his attacking midfield counterpart John McGinn [via WhoScored].

Trevor Sinclair had previously slammed Fraser’s attitude and was one such player the pundit called upon to ‘roll their socks off, roll their sleeves up and have a right go’ if Newcastle are to avoid relegation.

Having broken his duck – albeit on the international stage – Fraser will need to emulate such a dogged display if he is to live up to his potential at Newcastle.