News: Steve Bruce made aware that things must improve 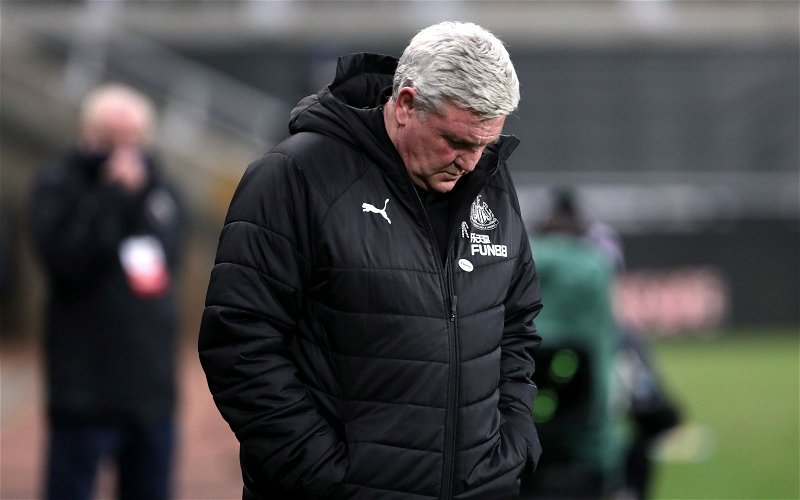 Steve Bruce’s position could indeed be under threat though no change looks imminent.

According to The Athletic, their sources who have previously suggested the 60-year-old could stay on even if his side are relegated this season no longer speak with such confidence. Indeed, David Ornstein of the same publication did suggest that could be the case but, promisingly, the updated report claims Bruce has been made aware results must improve by those above him.

Well, it does suggest those behind the scenes are increasingly aware that there is a real threat of relegation this season which certainly hasn’t always appeared to be the case, at least from a fans’ perspective.

Still, the hesitation to sack Steve McClaren in 2016 gave Rafa Benitez very little chance of keeping the club in the Premier League and, given the run Bruce’s side have been on, the situation could soon look very similar even if a change is ultimately made with only nine games to go.

Nothing But Newcastle brought you news yesterday that Chris Wilder is interested in the job but Mike Ashley is reluctant to cave into the pressure and remove Bruce at this point.

While it’s hard to put too positive a spin on the current situation and, frankly, nigh on impossible to put much in the way of trust into those running the club, at least there does appear to be an admission that things need to improve. That isn’t exactly the biggest development or anything out of the ordinary having watched Bruce’s Newcastle ‘insult’ the club crest but, considering their ignorance to just how bad things are, perhaps it’s something.