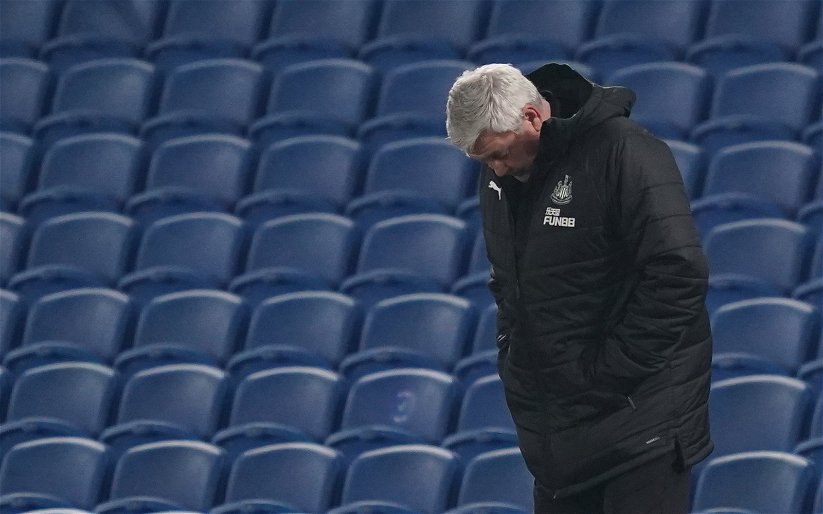 According to Football Insider, an anonymous but experienced Newcastle international is instructing his agent to help force a move away from the club.

The source claims that an unnamed international Magpies star has instructed his agent to find him a new club – despite previously being happy to stay even if the club suffers a third relegation in the Mike Ashley era.

It is now claimed that the first team player ‘has now set his sights firmly on the exit door’.

He remains anonymous in order to ‘protect his identity’, but he is believed to have a number of years still left to run on his contract – making him more likely to be a more recent signing.

It is claimed that the punishing 3-0 defeat against Brighton was a major turning point in his thinking in a further indication of discontent and tension threatening to boil over at the club.

However, the ‘final straw’ was the Sky Sports report that claimed Mike Ashley was continuing to back Steve Bruce – further indicating that a dressing room revolt could be on the horizon.

Speculation is just that – speculation – but a number of names come to mind.

One likely candidate could be Callum Wilson, the 29-year-old England international who signed a considerable four-year contract.

Having shone with goals to match his price tag in an otherwise-disappointing season for the club, his stint on Tyneside may have been a bitter disappointment in his mind.

This could be his way of throwing in the towel, perhaps to see if he could secure a move to a top six challenger where he could continue to enjoy stardom as a regular scorer.