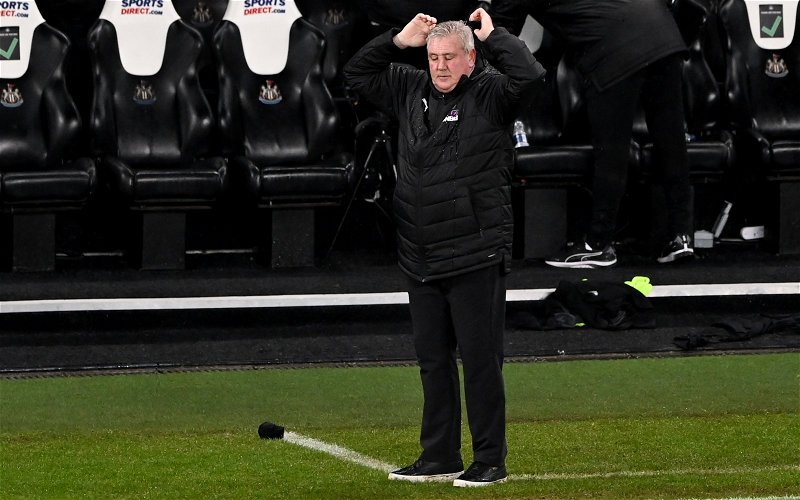 Ex-Sunderland stalwart Kevin Phillips has branded the actions of some Newcastle players as ‘disgraceful’ amid reports of a mounting confrontational attitude towards Steve Bruce.

Speaking exclusively to Football Insider, Phillips was less than impressed with the Newcastle squad following previous claims that a chasm that looks increasingly irreparable is emerging in the Newcastle dressing room.

Many players are said to be left blindsided by the Magpies’ hierarchy and their reluctance to deprive Steve Bruce of his managerial job at the club.

With just two wins in 20 games ahead of the ongoing international break, morale looks to be nosediving at St. James’ Park – but Phillips believe his former side’s rivals should be uniting around their manager at such a time of crisis:

“For me it’s just utter disrespect to the manager,” Phillips told Football Insider.

“I’ve been at clubs where I’ve heard players doing that and it’s wrong. If you’ve got a problem you go and see the manager, you don’t go behind their back and run to the chairman.

“The manager is under enough pressure as it is so for me that’s total disrespect, you just don’t do it.

“Even if the chairman comes to you. I know it goes on, it’s happened when I’ve been at clubs but it’s totally disrespectful.

“I hope it’s just rumours, Bruce is doing the best he can he’s just having a tough time at the moment.”

Considering the depth of ill sentiment between arch-rivals Newcastle and Sunderland, seeing Phillips backing a man many Newcastle fans wish to see the back of and attribute as the cause of a recent downturn is hardly surprising.

However, there could be an element of truth to Phillips’ word. If the owners refused to sack Bruce, the players would either have to enter open rebellion or simply back Bruce to the hilt and place a reluctant trust in the tactician.

Either way, the situation is marred by ugliness.