News: Dwight Gayle had been open to leaving Newcastle United 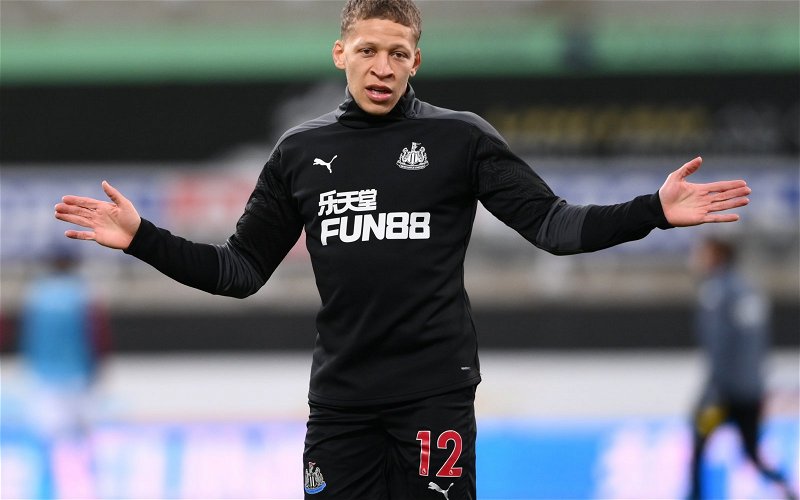 Dwight Gayle had been open to exploring new possibilities but the pandemic limited his options and he is now in line for a new contract with Newcastle United.

The Athletic claimed earlier today that the 31-year-old had signed a new three-year deal on Tyneside and, in reaction to the story, the ever-reliable Chris Waugh revealed that Gayle had been open to the idea of a move abroad.

Who had been linked?

Given the fact the striker was soon-to-be a free agent, his contractual status did appear to be attracting a lot of interest.

Indeed, the likes of Galatasaray and Fulham were touted as potential landing spots, while The Daily Mail hinted back in January that clubs in the Middle East were keen on signing the player.

Is it a good thing he’s staying?

Six goal contributions last season was the third-highest tally of any Newcastle player and, even during an injury-ravaged season this year, he still managed to score a crucial goal to seal the home win over West Bromwich Albion. As Waugh also suggests, Gayle is an ideal striker to help teams in the upper echelons of the Championship too having scored 59 times in 100 games at that level.

Clearly, there won’t be many positives should Steve Bruce prove unable to keep his team in the Premier League but, at the very least, Gayle has proven himself to be prolific and capable of carrying the attacking burden for teams in that division.

All in all, should we be pleased?

While Gayle has never proven as prolific in the top tier of English football, last year suggested he is capable of working in this system and – behind Callum Wilson – he looks like Bruce’s best source of goals.

If Newcastle stay up, he can fill that supplementary role behind Wilson and, should they be relegated, he looks tailor-made for life in the second tier.

Hopefully, of course, it won’t come to that.