Fan: Newcastle can Push for Europe Next Season Under Bruce 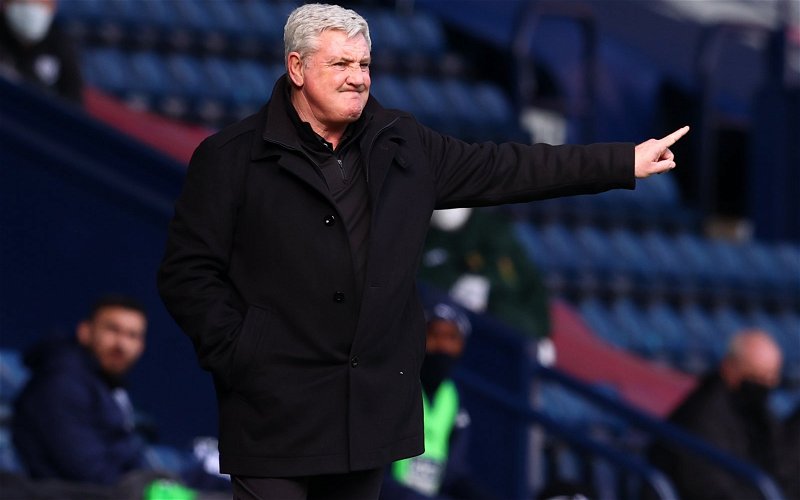 One Newcastle fan made waves following a radio phone-in with an ambitious prediction over the future of Newcastle under Steve Bruce.

One United supporter going by the name of ‘Dougie’ claimed on BBC’s 606 show [via The Chronicle] that Steve Bruce’s side can push for Europe next season.

Although the Magpies are unbeaten in their last three games, they have picked up just two victories from their last eighteen games – leaving Newcastle languishing nervously above the relegation zone.

As pessimism and fear seeps into even the hardest among the Newcastle faithful, caller Dougie issued a defiantly optimistic claim.

Speaking to pundits Robbie Savage and Chris Sutton, Dougie believes the team has the personnel and acumen to offer a springboard for future success, claiming that Bruce could steer Newcastle into the higher echelons of continental football

When asked if there was cause for optimism, Dougie said:

“Earlier on in the season, the results were iffy and the performances weren’t great. After the Sheffield United game, I thought we were down.

“We looked like the worst team in the league. But in recent few weeks, we’ve been playing some really attractive attacking football, but then we’ve been hit by injuries.”

He was then quizzed on whether Bruce should be sacked:

“I would like him to stay even if we go down.

“If we do stay up, as long he doesn’t revert back to his defensive way of playing and keeps this attractive and attacking way of playing, I can’t see why we can’t be qualifying for Europe next season the way West Ham are challenging now”.

Many fans will agree that Dougie may be a tad optimistic.

Bruce has been frequently criticised for a lack of tactical nous and inventiveness.

There is plenty of quality in the Newcastle squad, but for a European push in the style of West Ham some greater stability is surely needed.