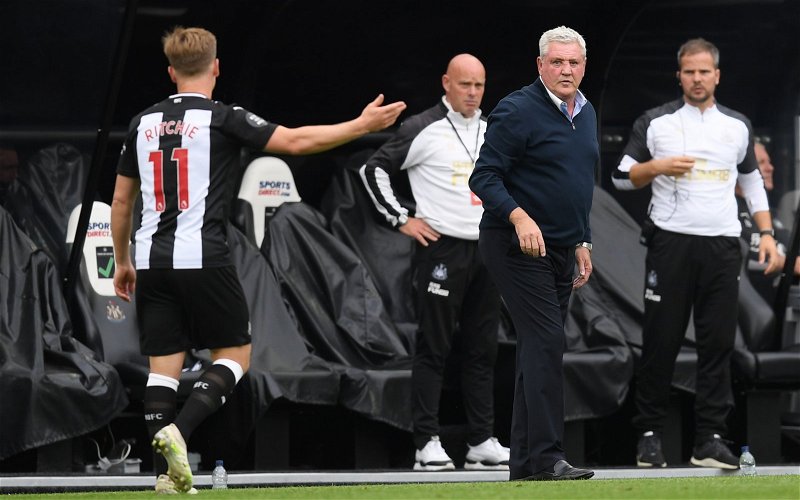 Earlier this month, The Daily Mail revealed Ritchie had called the Newcastle United manager a ‘coward’ after blaming him for his role in Wolves’ late equaliser on the 27th of February, with Bruce then confronting his player.

The incident was confirmed by Bruce though played down somewhat and recent reports from the same publication revealed Ritchie had refused to be put up for an interview in order to discuss the argument.

As quoted by The Chronicle, however, Bruce revealed that wasn’t the case.

“I don’t believe the story is true. You can make your own mind up on that,” he said.

“Is that a story? I have said repeatedly if I am going to have a row, it’s going to be reported every two or three days.

“Up and down the country we all have rows.

“I am sure you have a row at work now and again.

“I’m sure you do, you can laugh and smile, it is absolute nonsense. The story is nonsense.”

While it might be fairly obvious that tempers would run high given the situation Newcastle are in, rows and reports of unrest are indicative of the negative feeling under the 60-year-old at the moment.

Indeed, speaking on Thursday’s episode of The Totally Football Show, George Caulkin of The Athletic revealed Ritchie had been in favour of Bruce’s arrival but the relationship has deteriorated. That follows reports Karl Darlow was angry with his treatment after being dropped, as well as suggestions people behind the scenes aren’t happy with the fact Matty Longstaff has been omitted from the first-team.

None of that paints a good picture of a happy camp pulling together in an attempt to battle relegation. Even if they do stay up – which, really they should do considering they have two points and two games in hand on Fulham as well as the likes of Callum Wilson and Allan Saint-Maximin to come back – there does appear to be a lot to sort out.