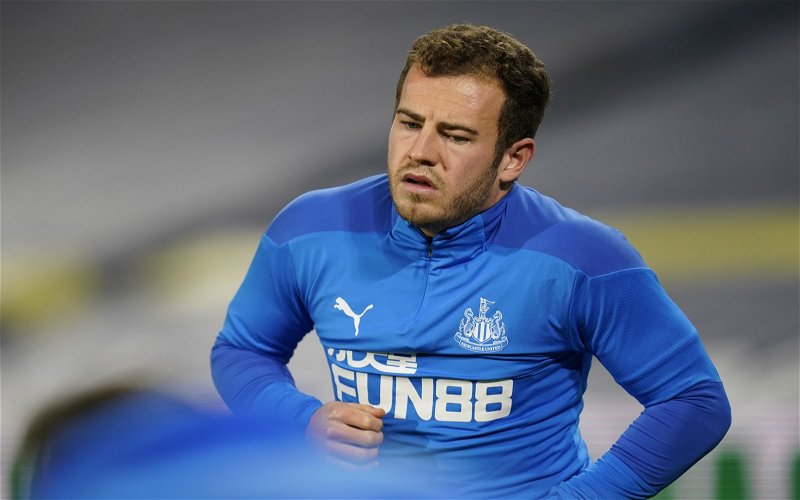 With Newcastle fighting for their lives in the Premier League, every ounce of combative spirit and clinical incisiveness must be summoned – and one figure is letting the side down.

Ryan Fraser looked to be a major coup by Newcastle after the ex-Bournemouth winger ran down his contract and signed on a free transfer, but the 0-0 draw with West Brom shed light on the lack of influence that Fraser is blighted with.

The 27-year-old Scotland international managed ten fewer touches than the Magpies’ shot-stopper Martin Dubravka, and he even failed to record a single shot on target or successful dribble [via SofaScore].

As if his offensive anonymity was not painful enough, Fraser gave away possession of the ball no fewer than 20 times – the third most out of any Newcastle player.

Labouring to label Fraser as a liability is a step too far, but a reliance on Fraser to come up with the goals should be avoided.

Fielding the winger as a makeshift striker, Bruce’s options are limited enough following injuries to influential mainstays such as Callum Wilson and Allan Saint-Maximin.

Yet Fraser’s deployment out of position was more of an expose of a lack of tactical nous from Steve Bruce than any real moment of decisiveness.

The statistics are evidential of a player deeply out of depth at such an unfamiliar role, and the toothless threat of the Toon was only exacerbated by Fraser’s lacklustre performance.

A failure to perform is of course not final for Fraser, but Bruce will have to limit his faith in the attacker if such an abysmal display is repeated.