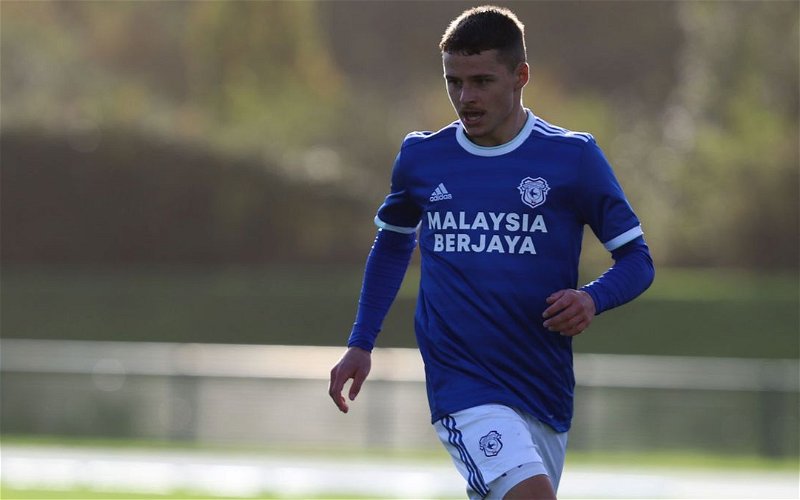 Championship side Cardiff City have tied down their young prospect Kieron Evans to a new deal following understandings that Premier League clubs were circling for his services – including Newcastle United.

According to Wales Online, Burnley, West Brom and Sheffield United all joined Newcastle in expressing an interest in the youngster’s talent – with the Bluebirds tying down a number of academy products to new terms following the interest.

Evans penned a two-year deal while another fellow youth-team product, Keenan Patten, signed a one-year extension to his existing deal.

19-year-old Evans is a Wales youth international and possesses Swiss army knife-like attributes. The versatile attacker can play adeptly on either flank or through the middle in the no. 10 playmaking role.

He has even featured on the bench four times for Mick McCarthy’s Welsh outfit and looks increasingly in and around the first team as they seek to inject youth into the squad.

“I feel amazing,” commented Evans following the new deal – one that keeps him in Cardiff until 2023.

“I’ve been at the club since I was 10. Signing my second pro contract here is a great feeling. It was a no-brainer for me. I want to prove that I can make it at this club.

“I’ve learnt a lot in the last 12 months with the under-23s and the first team and I can’t wait to see what the future holds.”

Investing in youth is rarely an expensive error, and Evans looks destined to play an increasingly important role for Cardiff in the coming months and years.

Only time will tell if he could cut it in the Championship, but Newcastle could be rueing a missed chance to sign a hidden gem to their youth ranks if he indeed emerges as a potential star.