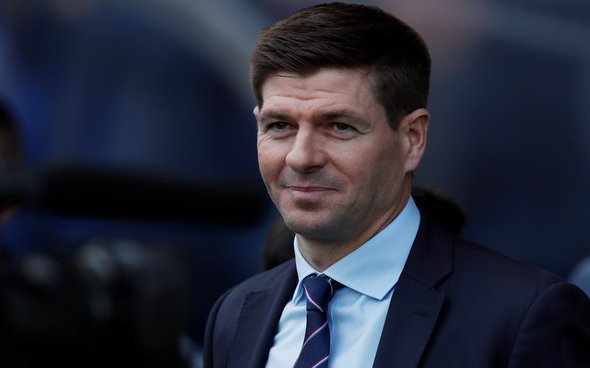 Paul Merson has named Newcastle along with Crystal Palace as two possible destinations that Rangers manager Steven Gerrard could find himself at in the near future.

Writing for his regular Sky Sports column, the Sky pundit was discussing what lies ahead for the Rangers manager and ex-Liverpool star.

Gerrard has caught attention for denying Celtic a 10th consecutive Scottish league title, with his Rangers side also earning the title in the earliest chronological terms in league history.

Securing silverware with six games to go and a twenty-point lead over Celtic at the time of victory, questions have emerged as to whether Gerrard would be lured to a managerial role in the Premier League.

Although he did argue that an Ibrox stay is the best move for Gerrard, Merson identified Newcastle as a realistic job that could suit Gerrard:

‘After a brilliant season at Rangers, I just can’t see how clubs won’t be coming after Steven Gerrard.

‘I look at teams like Crystal Palace, who are staying up, and Newcastle, if they stay up, and others, will they be knocking the door down for Gerrard?

‘It’s a different job at clubs like that. Rangers usually win around 75 per cent of their games and I know it is more than that this season, but at clubs in the lower half of the Premier League, you may only be winning 50 per cent of games.

‘But, if he goes somewhere else – and he will have to if he wants to test himself in the best league in the world in the Premier League, even though Rangers are a great club – it’s how he then copes with that.

‘He will be managing a team potentially that’s got to find a way to get to 40 points and he’s a winner. That’s where it is going to be hard for him because at the smaller clubs there are games where they don’t expect to win, and they don’t win’.

As a young manager with dynamism and now a proven record of success, he represents an exciting gamble with the potential to work on a long-term vision for Newcastle.

However, there should not be immediate cause for excitement: Gerrard appears to be settled in Glasgow and will surely not yet be eyeing up an immediate move away from Rangers.