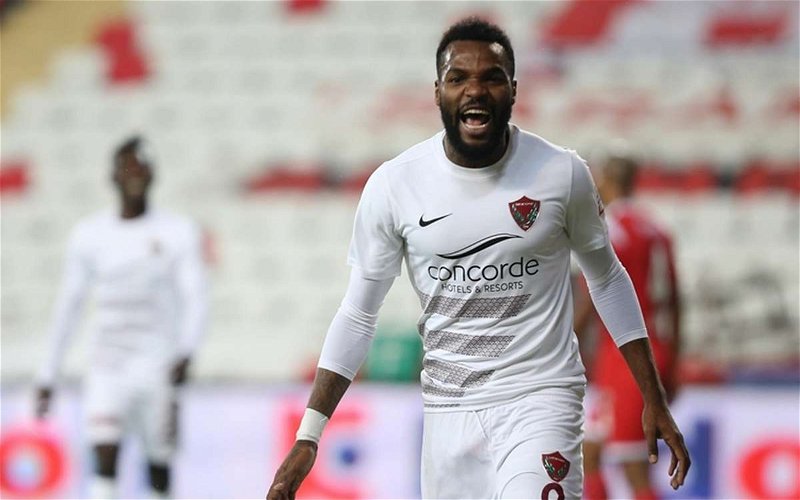 Newcastle have joined a melting pot of fellow Premier League sides in joining the race for a chart-topping marksman with 18 goals in just 28 appearances.

According to 90min, Newcastle United is among a host of top-flight English sides keeping tabs on Hatayspor striker Aaron Boupendza, who is being considered as an option for many clubs ahead of a potential summer transfer.

Boupendza has been something of a journeyman thus far in his career. He joined Ligue 1 side Bordeaux in 2017 but spent three years loaned out across Europe with clubs as varied as Feirense and Ajaccio.

The Gabon-born striker then joined Turkish football in 2020 with his move to Hatayspor on a free transfer and has since discovered a rich vein of prolific form.

With 18 goals in 28 appearances, the African ace leads the Turkish top flight in terms of leading goalscorers, with Bordeaux surely ruing the free departure of the in-demand striker.

According to the 90min report, Newcastle are joined by the likes of Spurs, Arsenal, Leicester, West Ham, Newcastle, Crystal Palace, Brighton and Wolves, who have all monitored his development.

There is further interest from Rangers and Celtic referenced, and Fenerbahce and Krasnodar have also expressed an interest.

The latter Russian side reportedly had a bid worth £7 million accepted, only for the Gabonese hitman to reject a move.

Boupendza would not be the man to solve the Magpies’ goal threat issues up front in the absence of Callum Wilson.

His form is not to be snubbed, but Crystal Palace’s Alexander Sorloth is an apt and cautionary tale as to why top flight sides should be wary of the Turkish league.

The Norwegian made scoring look easy with a loan spell from the Eagles at Trabzonspor, but has since managed just 3 goals in the Bundesliga since his move to RB Leipzig.

As a result, the quality of the league has to be subject to at least a modicum of scrutiny.