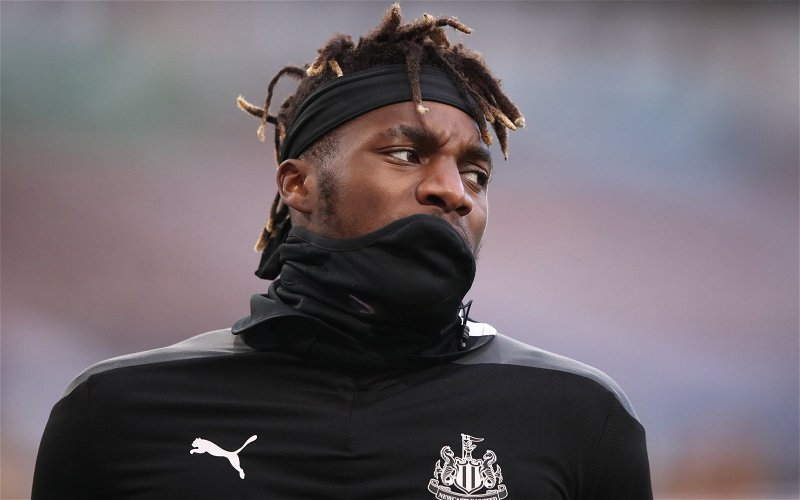 As the ides of March pass by and April looms with the approach of the end of the season, a vital creative spark looks set to return to Newcastle.

According to the Chronicle, Allan Saint-Maximin has returned to light training following a mild absence through injury.

The source notes the French winger could serve as a crucial wildcard in the Magpies’ bid to avoid relegation.

The tricky technician has made just 17 league appearances this season, with his most recent coming in a 3-2 win over Southampton.

It was in that free-flowing fixture that Saint-Maximin sustained a groin injury that has enforced his absence from action up until this point.

It is declared that the 24-year-old has returned to training with a belief coming out of Newcastle that he will be back in time to make an impact in April – meaning fans should not expect to see the dynamo back in black and white this month.

Since signing from Ligue 1 side OGC Nice for a reported fee of £16.5 million, the importance of the versatile attacker cannot be understated.

An experienced France U21 international, he arrived at St. James’ Park with a record of six goals and five assists in 34 Ligue 1 appearances prior to his move – a creative spark that has translated into English football.

On Tyneside, he has scored 6 goals and 10 assists in 47 games, coming mostly as an indirect winger.

With that record considered, he retains a capacity to inject fresh life and unpredictable play into attacks – wildcard factors that could prove instrumental in Newcastle’s quest to avoid the drop.