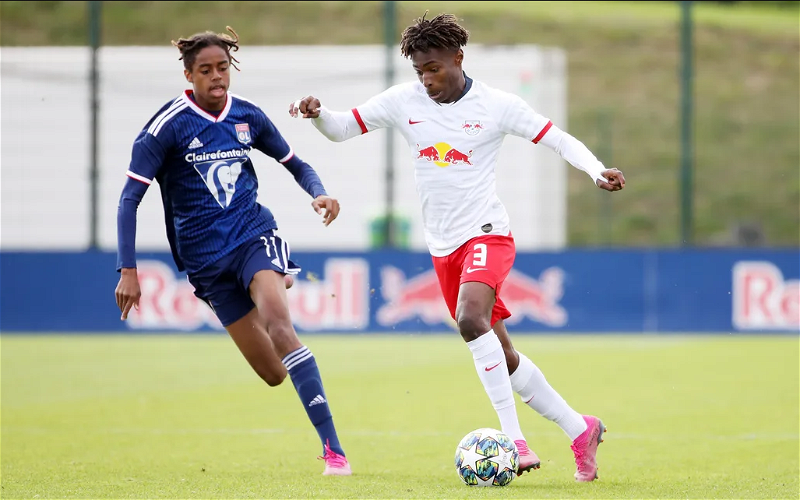 The young prospect, who operates at left-back, was a much-coveted free agent and was being chased by a number of clubs in the past.

However, more recent updates from local journalists indicated that Newcastle had won the contest for his signature following the youngster’s departure from the academy of German Bundesliga giants RB Leipzig.

Joining the Bundesliga from the academy of hometown club Nottingham Forest in 2018, Bondswell’s fledgling career has seen him capped by England at under-15, under-16, under-17 and under-18 level.

He also enjoyed a loan spell with Dutch side FC Dordrecht during the first half of this season, making seven first-team appearances for the Eerste Divisie club in his first taste of senior football.

The club has confirmed that the new Newcastle prospect will initially join up with Chris Hogg and Peter Ramage’s under-23 squad.

“It’s an amazing feeling to be at such a big club,” he told NUFC.

“I’m really looking forward to getting started with the boys and hopefully doing some successful things in the future.”

Given his past experience with the England youth setup and both the sheer number and quality of clubs keen on his services, Newcastle have surely bagged themselves a talent worth keeping an eye on.

The likes of Chelsea, West Ham and Sporting Lisbon were all said to be keen on him.

Caution should be urged with his development, but there is every chance he could be one of the more likely first-team candidates in Newcastle’s under-23s development squad.