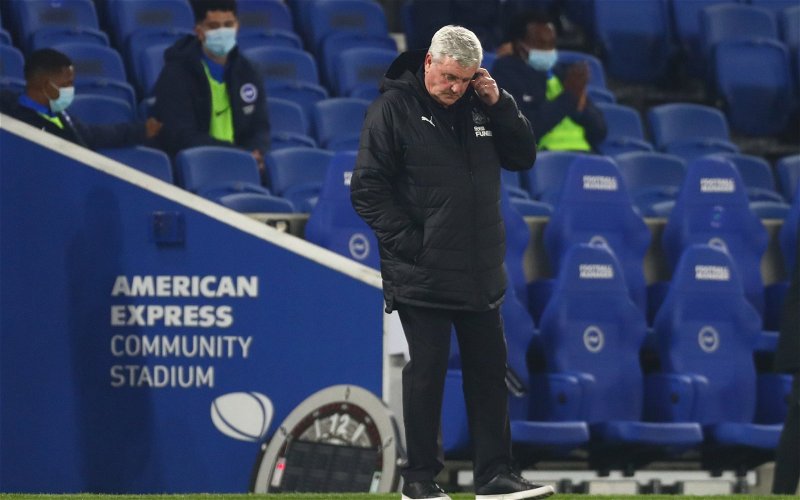 Stan Collymore has suggested he believes Mike Ashley’s support of Steve Bruce is a personal attack on the club’s fan base.

With Bruce backed despite a performance against Brighton even Alan Shearer described as ‘abysmal’, Collymore devoted his weekly column on the Daily Mirror‘s website to the latest crisis at St. James’ Park.

Describing Ashley and the 60-year-old head coach as the ‘worst double act in Premier League history’, the former Liverpool striker said it seemed as if the Sport Direct mogul was purposely keeping a hugely unpopular manager in tow because of the criticism he’s faced while in ownership.

“With Ashley it feels personal. Like he wants to mess the club around because he feels personally wounded because of the stick he’s taken,” he writes.

“He’s the in-house aggressor, the more fans say they want him out, or journalists, the more he won’t. There’s an element of spite: ‘I own this club and I’ll do what I like, on my terms.’

“Every owner makes some bad decisions, but this is willful stubbornness.”

It does certainly seem as if Ashley, once again, frankly isn’t bothered about the club.

Two wins out of twenty would surely result in most managers losing their job but, like a repeat of 2016, the hierarchy appear to think they know best.

Still, given the amount of money lost by dropping into the Championship, surely a prudent businessman such as Ashley wouldn’t go to such lengths. That is not to defend any decision to keep Bruce (who has been a complete and utter disaster) but that kind of sabotage seems extreme.

As far as Bruce and Ashley being the worst double act in Premier League history, Collymore certainly has a point. Indeed, it’s hard to think of a more bleak duo being involved at a club already referred to as a ‘hollow shell’ by their greatest ever player. Newcastle have struggled under Ashley’s ownership but rarely has it seemed so bad. At least in 2009, there was a chance of a reboot and a young talent in Andy Carroll emerging while 2016 was so promising because Rafa Benitez had agreed to try and build something.