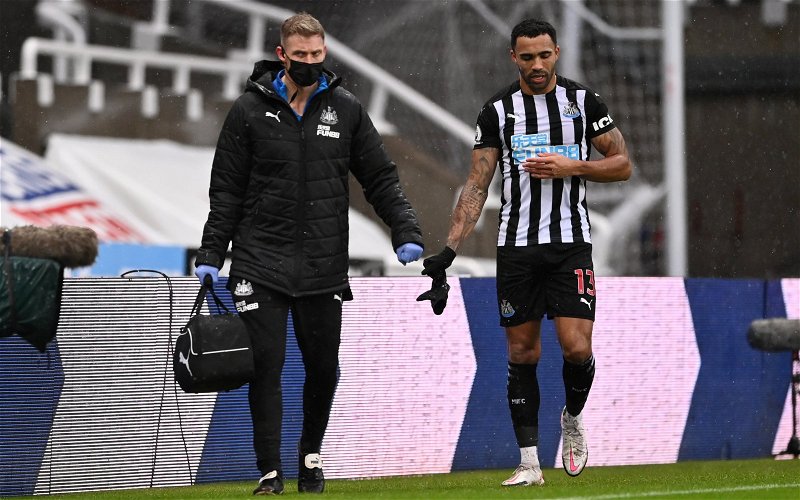 Callum Wilson has started the next phase of his rehabilitation after suffering a hamstring tear during the win over Southampton.

According to The Chronicle, the 29-year-old has been doing everything he can to return and help his side battle relegation after coming back to the club’s training ground.

Indeed, the England international was believed to be doing intense triple fitness sessions back down in Bournemouth but has now come back to Tyneside in order to be put through his paces by Newcastle’s fitness coaches.

How big a miss has he been?

It’s hard to overestimate what a big loss Wilson is to this Newcastle side.

Both the top scorer and assist provider for Steve Bruce this season, he averages the most shots per game out of anyone in the team (2, via WhoScored) and only Allan Saint-Maximin draws more fouls (1.9 to 1.8) over the same period.

Without him, no one currently fit has scored more than twice this season and the Magpies have not managed to find the back of the net more than once a game since his injury in early February.

While it’s great to see Wilson ramp up his return from injury, it’s important not to rush him back. A man who has suffered two big ailments over the course of his career simply has to be handled with care and the idea of Wilson missing any more games than he has to isn’t worth thinking about.

When he is fit, the attack goes through him. Bruce must be careful no matter how big the urge gets given their league position.