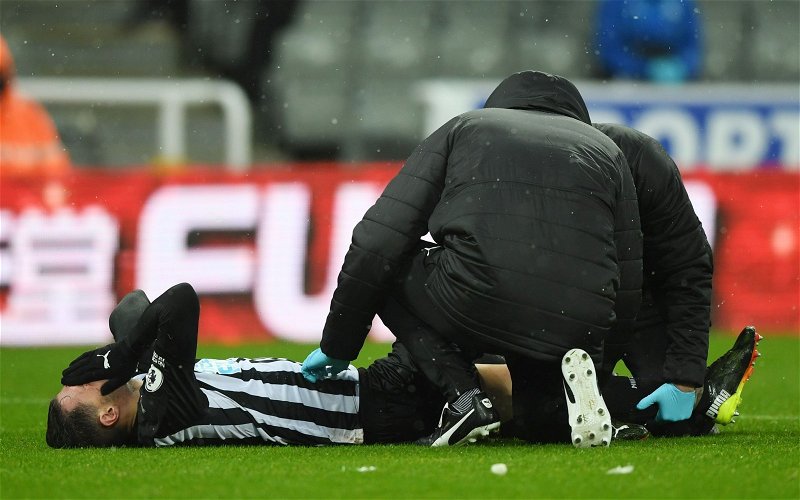 The dramatic win over Southampton came at a significant cost for Newcastle United after Fabian Schar confirmed he’s facing a lengthy spell on the sidelines.

Taking to Twitter earlier today, the Swiss revealed he would be out ‘for a few months’ following the knee injury that forced him off against the Saints.

How much of a blow is it?

Schar had been in excellent form recently.

His performance against Liverpool during late December’s draw was a key part of keeping the champions out with the 29-year-old making an impressive 12 clearances (via WhoScored) while he also made a team-high seven in the win over Everton.

Going forward, of Newcastle’s defenders, no one offers more in the way of long balls per game than Schar (3.6, bettered by only Jonjo Shelvey and Karl Darlow).

Indeed, it was his raking long pass to Allan Saint-Maximin that helped set-up Joe Willock’s opener yesterday too, so being without his services for an extended period of time could impact proceedings both defensively, as well as going forward.

Fortunately, there is a break between now and the next fixture, potentially affording the likes of Jamaal Lascelles and Federico Fernandez time to get back to fitness. Hopefully, Steve Bruce will have more options when his side travel to Chelsea next Monday.

Still, losing a player who has proven to be a key figure is obviously a blow. With his contract up at the end of the season, Schar’s final few months on Tyneside could be spent only watching from afar.