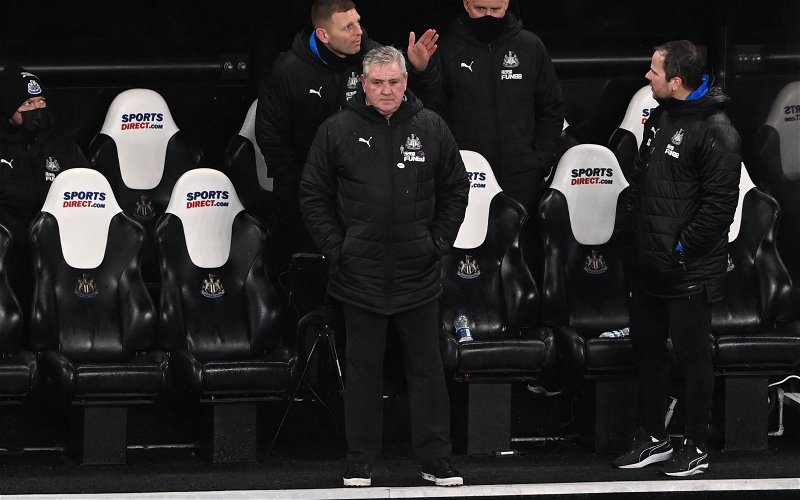 Since the arrival of Graeme Jones, Newcastle United have looked different.

While it’s not clear as to exactly what the set-up behind the scenes at the club given there have been suggestions from sections of the support on social media that the former Luton manager is in fact running the team, only for Steve Bruce to label such notions as ‘conspiracy theories’.

At the moment, things do appear to be working (to an extent) with Newcastle scoring three Premier League goals at home in the first-half for the first time in five years.

Indeed, Mark Thompson of Twenty3 tweeted an interesting video explaining what some of the changes have been.

Injuries may well be affecting personnel selection but the new Newcastle is so fun. This is how they’ve changed pic.twitter.com/c19hjgX7Jy

As you can see in the video above, he notes how a switch to a 4-4-2 diamond system has helped provide the team with far more structure. Though the likes of Miguel Almiron or Jonjo Shelvey can’t be considered defensive, the fact there are more bodies centrally has appeared to plug some of the gaps in the side appears to be helping their overall balance.

With Allan Saint-Maximin drifting wide to the left of Callum Wilson and Javi Manquillo pushing up the right-hand side when the team are in possession, Thompson talks of how a 3-4-3 is formed, giving the side much more of a plan both with and without the ball.

For so long this season, the main problem with Newcastle is how they seemed to lack a plan. Bruce constantly spoke of how his side were a ‘work in progress’ yet there rarely appeared to be anything substantial happening.

Whether it’s down to him or Jones, Newcastle now have something to work towards.