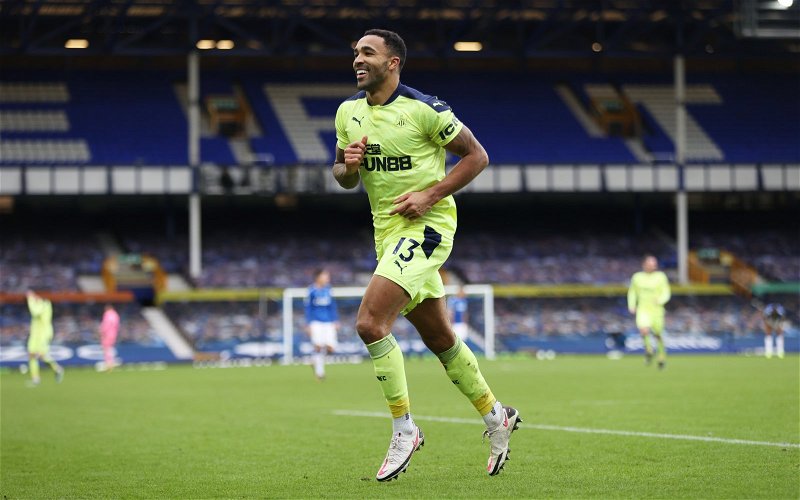 So far this season, Newcastle United’s two best players have come at either end of the pitch.

With Callum Wilson in double figures for goals and Karl Darlow making seventy-one saves already (the sixth-highest total in the Premier League according to FBRef), it’s a wonder where Steve Bruce’s side would be without the pair.

“We’d be right down the bottom without Darlow, he’s been outstanding.

“Wilson has done the absolute best with the service he’s been given but, without those two players, you’d have to say we’d be in a relegation fight.”

No one outside of Wilson has scored more than two goals. In fact, perhaps even more worryingly, no one has recorded two assists outside of his five, suggesting the England international is being expected to fashion chances as well as finish them.

Without that kind of force up front, there’s no telling where the Toon would be.

It’s the same case with Darlow. According to WhoScored, only three teams in the division allow more shots per game on average at their goal than Newcastle, so you could reasonably expect them to have conceded far more had the 30-year-old not been in such good form.

UnderStat note that Newcastle (prior to last night’s game) were outperforming their expected goals against this season by 3.88, suggesting Darlow has stopped four would-be goals against them.

Without his saves against Tottenham, Liverpool and Wolves, his team would be at least three points worse off, which would leave them below Brighton and within touching distance of Fulham.

Without either of these two, Newcastle’s season would have been even more miserable. Granted, that may not have seemed possible during the awful run that thankfully ended at Everton over the course of the weekend but, looking at those statistics, it’s hard to argue that wouldn’t be the case.

Thankfully, both are on form.