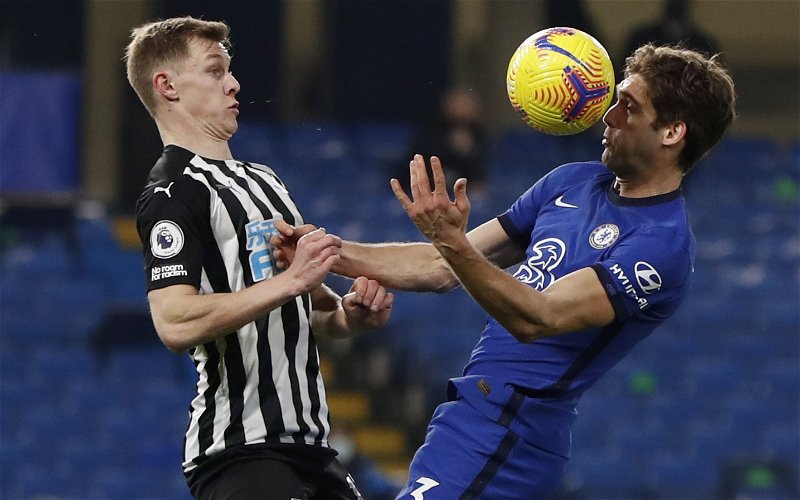 Speaking after last night’s loss to Chelsea, Steve Bruce has explained his decision to sell DeAndre Yedlin over the course of the January window.

After an awful night for Emil Krafth, during which he was criticised by the likes of Luke Edwards and Kristan Heneage, the idea of allowing the American depart looked somewhat unwise in light of the Swede’s struggles.

Still, Bruce (quoted by Lee Ryder on Twitter) revealed that the club had to make a decision due to Yedlin’s expiring contract and the number of right-backs Newcastle had on the books. Indeed, Javi Manquillo is also an option there when fit, as well as Jacob Murphy.

Was it a mistake?

Well, obviously given Krafth’s performance, it is tempting to think Yedlin could have done a better job.

However, at the time of his departure, Manquillo was enjoying a successful run of form and was hugely unlucky to suffer a nasty injury during the win over Southampton. Granted, perhaps the idea of a player getting injured during the most congested campaign in living memory should have been accounted for, but it’s not as if Yedlin was pulling up trees prior to his exit.

While he does boast a lot more pace than Krafth, WhoScored note the Sweden international was averaging more in the way of clearances, offsides won and blocks per game than Yedlin.

The Manquillo injury is the problem here.

With him in good form, Newcastle did look a different side and the Spaniard made the most tackles of any Toon player in wins over Everton and the most interceptions against Southampton, proving his solidity defensively.

Granted, last night at Stamford Bridge was difficult for Krafth but little about Yedlin’s performances in the games leading up to his departure suggested he could have prevented Chelsea from cutting the team apart.