Opinion: Joe Willock a great addition but Newcastle may have left it too late 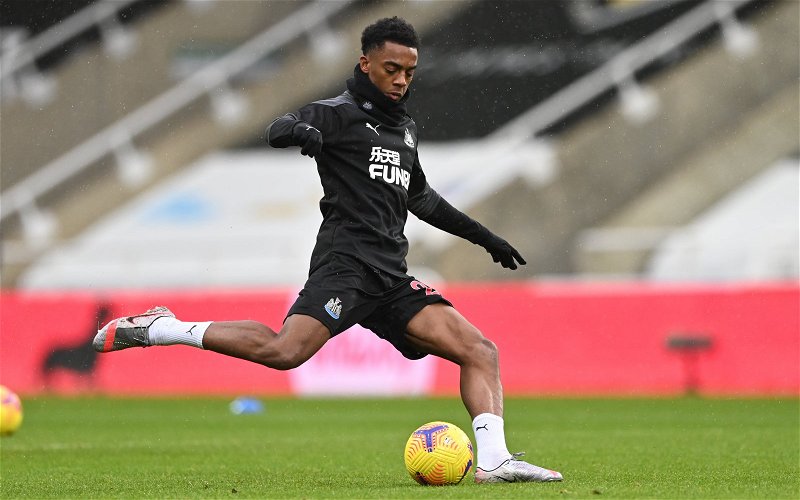 While Newcastle United were slightly hamstrung by having little space to play with on the wage front, how long they waited to sign Joe Willock is hugely frustrating.

Indeed, Mark Douglas recently pointed out that the club did have an opportunity to ensure they weren’t dragged into a relegation battle by bringing in new players (as well as potentially sacking Steve Bruce), and Willock’s early form has answered many of the midfield problems the team had been enduring until his arrival.

Prior to his signing, finding a link between midfield and attack proved a major problem. It was something lamented by Chris Waugh of The Athletic and naturally had the team relying solely on Callum Wilson to score goals, particularly in the absences of Allan Saint-Maximin and Ryan Fraser.

There appeared to be a distinct lack of energy in the middle of the park and only Jeff Hendrick (2 goals, 1 assist) and Jonjo Shelvey (1 goal, 1 assist) were able to contribute from central midfield going forward. In a defensive sense, no one in that part of the pitch averaged over 1.2 tackles per game (Shelvey, via WhoScored) considering Isaac Hayden was largely playing in defence.

Well, Willock has changed that and, frustratingly, he could have been signed earlier because he would not have taken up a place in the 25-man squad thanks to his status as a homegrown player.

The Arsenal loanee is already averaging 3.7 tackles and has emerged as one of Bruce’s best pressers, making 11.4 actions per game in the middle of the park, bettered by only Matty Longstaff (via FBRef). Given that he averages the most in the final third too (7.59 actions per game) and is also helping on the attacking front, it’s a wonder where Newcastle would have been had they answered their painstakingly obvious midfield problems sooner.

Only Wilson and Saint-Maximin average more carries into the opposition penalty area than Willock (0.69 per 90) who is getting shots off in dangerous areas too (the average distance for his shots is 8.7 yards from the opposing goal, with only Federico Fernandez ahead of him that metric) so some of the frustrating results in tight games we’ve seen since the opening of the January window may have been different.

Obviously, football doesn’t always work out like that but given how well Newcastle played in the second-half against a Leeds side who were then on a bad run of form, or how well they started against Crystal Palace towards the end of the month, having a presence capable of winning the ball back before driving forward to offer more of a threat alongside Wilson would have given Bruce’s side a much stronger chance of winning.

Sadly, Newcastle left it too late again. Hopefully, the consequences won’t be too dire.