News: Steve Bruce tells Matt Ritchie what he now must do 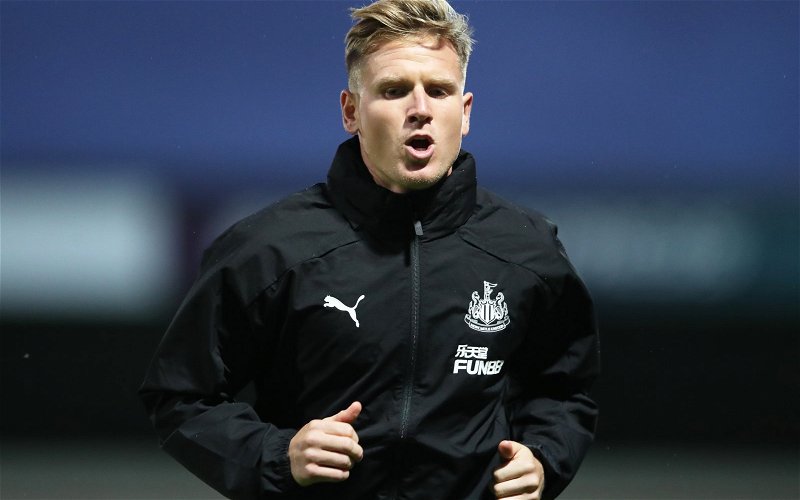 Steve Bruce has detailed what Matt Ritchie must do after seemingly suffering disappointment over the course of the January transfer window.

Despite links with a return to Bournemouth, the 31-year-old ultimately remained on Tyneside, though has only featured in eight games this season, starting just six of the club’s twenty-two fixtures so far.

Speaking on the matter, the Newcastle boss urged the former Scotland international not to dwell on the breakdown of a return closer to come and work his way back into the squad.

“The (Bournemouth) deal didn’t happen for one reason or another,” he said (via Miles Starfoth of the Shields Gazette).

“He has to accept that, and come back into the squad.”

As far back as September, it did seem likely that this was a season too far for Ritchie.

While he has been a wonderful servant and well worthy of the £10m fee that brought him to St. James’ Park under Rafa Benitez, almost all of his averages in defensive metrics per game are down (via WhoScored). For example, while last season Ritchie would make 1.2 tackles per game on average, that has reduced to just 0.6.

Over the course of the summer window (if you can call it that given it ended in October) Bruce did admit the notion of a return home had ‘turned his head’ and, though Ritchie’s attitude has rarely been questioned, perhaps his comments about having ‘to accept that’ hint at some disappointment.

Either way, Newcastle are likely to need him. After failing to get a left-back in, only Ritchie and the injury-prone Paul Dummett are realistic options to cover and compete with Jamal Lewis in that particular berth.