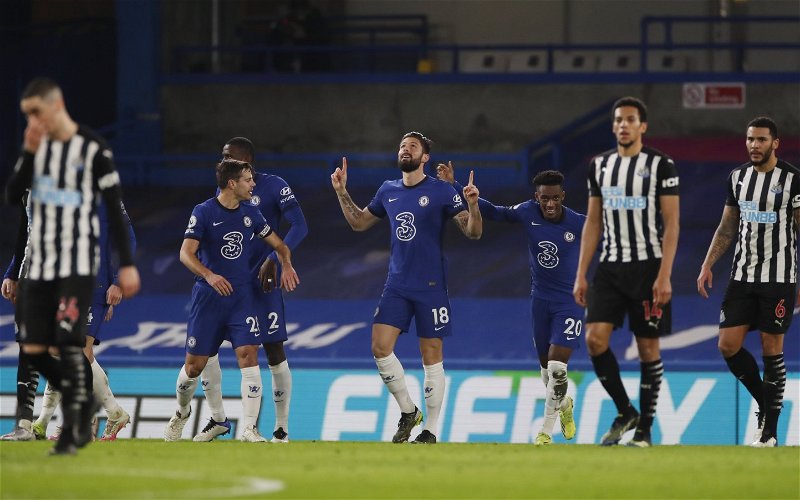 Speaking about the idea of Newcastle United going down this season, Luke Edwards has suggested the club would have very few assets to sell over the course of the summer.

Replying to Steve Wraith’s tweet where he suggested he didn’t believe this current incarnation of The Magpies could bounce back from a potential relegation as they have done before, Edwards listed the assets he considered sellable should that happen.

He surmised that only Miguel Almiron, Allan Saint-Maxmin, Martin Dubravka and Callum Wilson fit that mould.

At the moment, it’s hard to suggest otherwise.

Perhaps Jamaal Lascelles could represent a homegrown option for another club (he’s previously been linked with Chelsea and Liverpool) but it’s not as if the club captain is enjoying a vintage campaign, even if fitness issues could be behind that.

The last time the club were relegated, the likes of Andros Townsend, Moussa Sissoko and Georginio Wijnaldum fetched big transfer fees to help fund a rebuild but, right now, it’s hard to see where that kind of money would come from aside from selling the best players, weakening the squad significantly.

After a brief upturn in performance, Newcastle’s season has been thrown into chaos following big injuries to the likes of Fabian Schar, Javi Manquillo and Wilson. Frustratingly, they coincide with good results for Fulham and West Brom, who still have a chance to close the gap on Steve Bruce’s side.

Even limping across the finish line looks an almighty task at the moment. Deprived of their only reliable goal scorer, the final 14 games of the campaign look huge for the club.

Indeed, as a Championship outfit, the idea of someone paying Mike Ashley’s asking price seems even more unlikely.