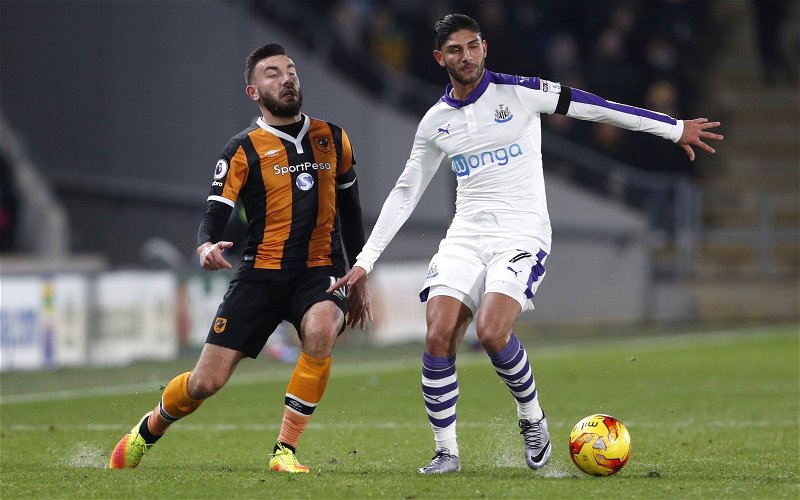 While understated and likely to count for nothing should they go down, the last few weeks have proven successful for Newcastle United on a financial basis.

Back in November, The Athletic revealed that the club’s deadwood – the likes of Achraf Lazaar, Henri Saivet, Rolando Aarons, Christian Atsu and DeAndre Yedlin (though he would go onto feature before his departure) – were costing up to £5m a year.

Well, while Saivet and Atsu remain on the books, all of Aarons, Yedlin and now – after official confirmation on the club’s website – Lazaar have finally left.

The Moroccan international has had his contract terminated by mutual consent after a miserable time of things on Tyneside, making only nine appearances after joining from Palermo in 2016.

A total waste of money and one of Rafa Benitez’s most ill-advised moves during his time in charge, it’s a wonder what anyone saw in Lazaar in the first place.

Thought to have cost £2m, Benitez praised his ‘good left foot’ upon his arrival little under half a decade ago, though it’s hard to think one example where that was put to any use at all. Indeed, during his time in black and white, Lazaar did not even attempt a single cross.

Still, it’s promising to see deadwood moved on, potentially freeing up funds in the summer. Though Yedlin can count himself unlucky to be considered amongst them given he made 125 appearances for the club, he hadn’t played this season prior to The Athletic piece in question.

Given the fact Javi Manquillo, Emil Krafth and Jacob Murphy are all options at right-back, getting him off the wage bill was a good move despite some of the pace the American could bring to a backline.

Ultimately, it won’t seem like much of a good news story if Newcastle do get relegated but at least some progress is being made when it comes to trimming the fat of the playing squad.