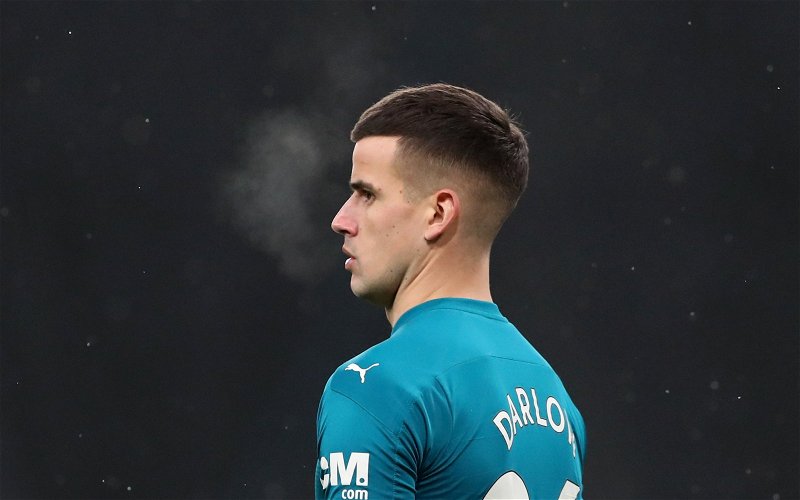 Karl Darlow’s impressive form has been one of the rare success stories involving Newcastle United this season.

Largely operating as a back-up since the arrival of Martin Dubravka, the 30-year-old has proven his worth as a Premier League No.1 though it may not have always been that way.

According to The Athletic, sources close to the club urged the need to sign a new goalkeeper following the injuries to Martin Dubravka.

The Slovakian made the most saves in the Premier League last season, proving hugely important ever since arriving on Tyneside in the winter of 2018, so the prospect of losing such a key player was certainly a worrying one.

How happy should we be?

Well, given the fact Newcastle struggled to significantly strengthen late on in the window as a result of the deadwood reportedly costing them up to £5m for very little gain, it’s safe to say the budget was stretched.

So, the notion of spending on another goalkeeper would have been decadent to say the least and pretty much a waste of time given Darlow’s ability.

Darlow had rarely been involved at Premier League level for close to two years when Dubravka was injured but the faith Bruce and his coaching staff had in the former Nottingham Forest custodian has been repaid. It’d have been easy to be rash about the injury situation but, thankfully, they saw something in training.

Considering he ranks within the top four goalkeepers in the Premier League in the post-shot expected goals metric (measuring how likely an opponent is to score from the quality of their shot, via FBRef) with +3.2, we can reasonably assume he’s stopped just over three would-be goals this season.

A win for Bruce and his coaching staff.

They’ve certainly been criticised at times but, on this call, they got it right.

If they hadn’t, it’s a wonder where Newcastle would be this season.