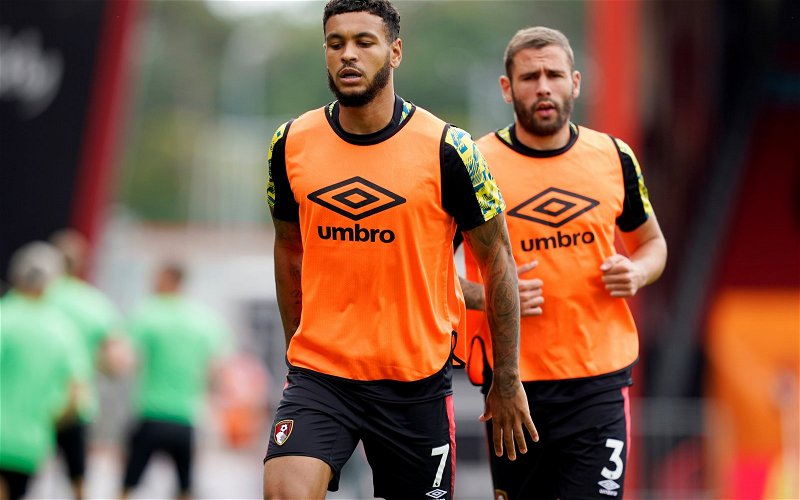 According to The Sun, Newcastle United are set to move for Joshua King on a free transfer at the end of the season. However, the striker may not even get that far with Bournemouth.

Bruce is understood to be keen on a move for the Norway international who has rarely featured for The Cherries since they were relegated though the Toon boss is not thought to be alone in that.

With his contract running out in the summer, the likes of Everton and West Bromwich Albion are also believed to retain an interest in the 28-year-old.

Does it make sense?

Well, in a Newcastle context, yes.

With money reported to be limited as it is and Bruce claimed to be looking at the loan market, entering any kind of bidding war with other Premier League teams for a player who could – in theory – join for free in the summer isn’t exactly in keeping with how Mike Ashley has largely run the club for 13 years.

Clearly, that’s a rather bleak outlook but this appears to be the grim reality of how the club operates.

Proven in the Premier League and able to operate across the frontline, King would be a strong addition to the ranks.

Indeed, even during a campaign that ended in relegation for his club, the former Manchester United trainee was praised by Premier League pundit Adrian Clarke for his versatility and chance creation. The competition’s official site clocked him as one of the fastest forwards in the division, while noting he was creating 1.4 chances per game in April 2020.

Such creativity was a problem for Newcastle last season – much as it is now – with Allan Saint-Maximin creating a team-high eight big chances across the whole season according to SofaScore. Aside from the Frenchman and Jonjo Shelvey, no one else managed over five, with King fashioning eight himself too.

This season, no Newcastle player has created more than 2 over the 16 games so far.

Given the reported interest in him with the likes of Everton thought to be in discussions over a swap deal involving Jonjoe Kenny and Jarrad Branthwaite, Newcastle could miss out if they wait until the summer.

There’s some logic into not signing him now if money is indeed tight but, clearly, it would allow any other suitor the chance to get ahead of them in the race.