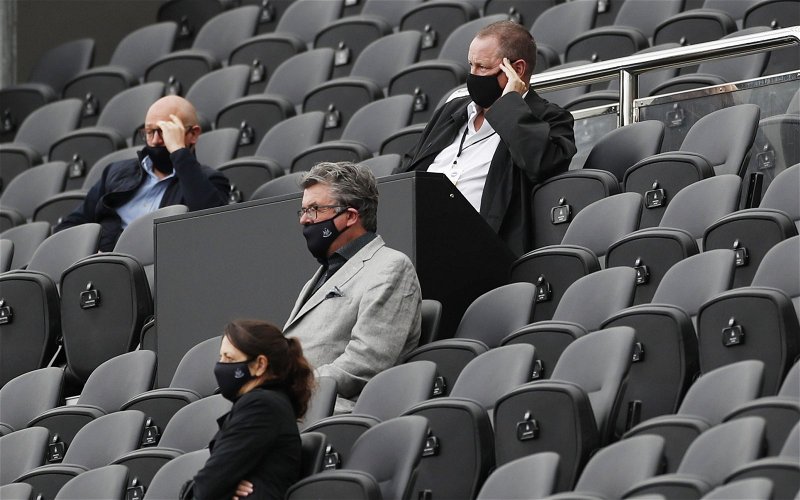 During Nothing But Newcastle‘s exclusive interview with former Toon defender Steve Howey, he has urged fans to focus on the here and now amid rumbling takeover talk.

What’s did he say?

Asked what he made of the situation, amid calls for  Premier League chief executive Richard Masters to reveal the details of a meeting between the government and England’s top division in regards to the failed Saudi Arabian takeover, Howey urged not to get too carried away.

“For me personally, you have to wait until something becomes absolutely concrete again,” he said.

“I think you just focus on what’s happening in front of you which is the team, the performances and the results.

“If something comes about again from Amanda Staveley, PIF or the Reuben brothers then brilliant.

“If not, then unfortunately we have to carry on.”

As gutting as it is to ignore hope of a brighter day, there does seem to be little point in getting too excited about rumours that may emerge until there is significant progress on an official basis.

While no supporter should be told how to feel, the frequent fading of false dawns is something I have previously written about. Indeed, you can only be told things will soon get better so many times before the promise of it feels hollow.

That’s not to suggest any of the other journalists covering the story are not worth listening to. This has the potential to be one of the biggest events in the club history and genuine progression is noteworthy, it’s just the idea of a future without Mike Ashley is becoming increasingly difficult to picture at the moment.