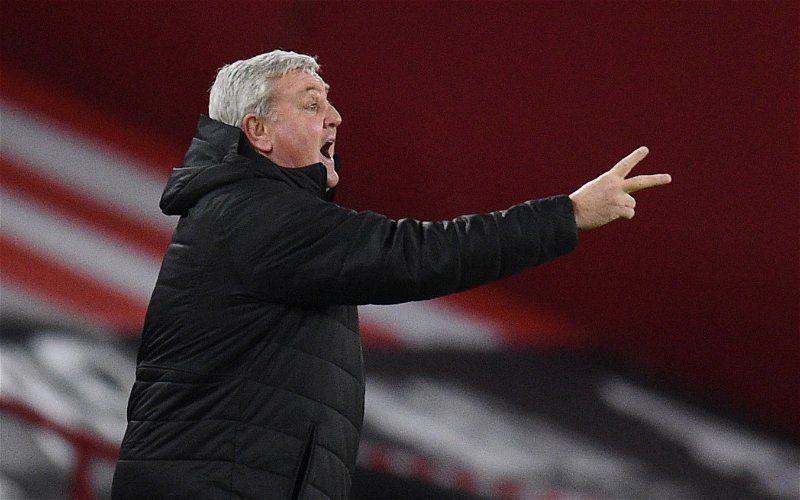 Speaking exclusively to Nothing But Newcastle, former Toon defender Steve Howey has delivered his verdict on the club’s brand of football under Steve Bruce this season as well as reflect on his reaction to media pressure.

When asked about how he thinks the campaign has gone thus far, Howey was fairly damning in his response.

“They’ve had some decent performances and then they’ve been awful and I mean awful,” he said.

“The prime example of that was at Brentford, the manager puts out a decent team and they put out a weakened one.

“Basically, we didn’t lay a glove on them.”

Following the loss in West London, Bruce did admit he knew what was coming in terms of criticism but Howey believes the Newcastle manager may have been a touch unfair to some of the journalists covering the club.

“I don’t think he was exactly brilliant with some of them when he did another press conference, it was quite difficult to watch.

“We get the remit is to stay in the Premier League but that’s not what fans want to hear.

“I totally understand he’s saying that’s where we are because of the players we have but I think, personally, they’re not a bad set of players.”

Yes, some of Bruce’s comments have been bizarre at times.

After repeatedly talking about his side as being a ‘work in progress’ he also lamented the ‘mass hysteria’ involved after losing games as Newcastle manager, something he’d said while in charge of both Sunderland and Aston Villa.

In terms of being a work in progress, Newcastle are averaging fewer shots per game than last season (8.8 to 10.5 via WhoScored) as well fewer tackles (13.5 to 15.9) and are allowing more efforts against their own goal (15 to 14.9). Indeed, that doesn’t exactly make for great reading.

The worst run of Bruce’s reign in charge, it’s getting harder to see him ever clawing it back from a fan perspective. While he’s never proven the most popular amongst the support, even avoiding a relegation fight (as bleak a target as that is) won’t exactly endear him to the St. James’ Park faithful.

Whether Mike Ashley feels the same is up for debate. Right now, it seems he’s still got his backing.