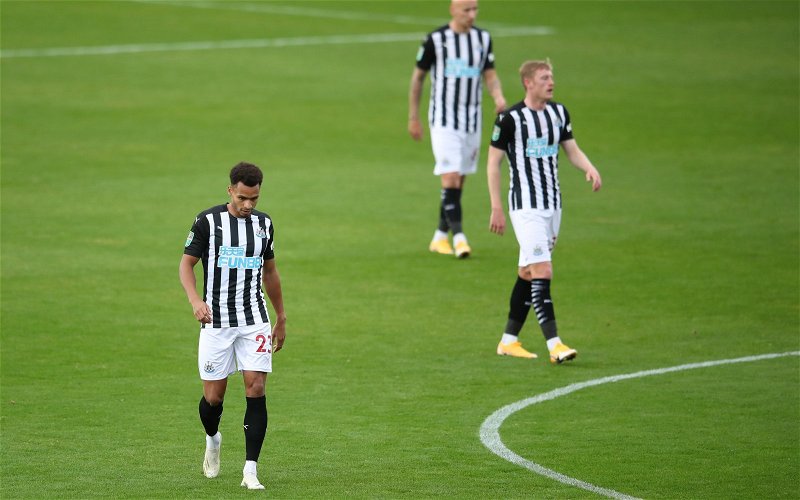 As quoted by yesterday’s print edition of the Sunday Mirror (page 66), Newcastle United manager Steve Bruce has made a joke about his team’s current struggles.

When asked about what he made in regards to the ongoing debate about players hugging in celebration amid concerns about the spread of COVID-19, Bruce replied rather light-heartedly.

“I’d like us to score a goal first!” he’s quoted as saying.

“I chose this profession and how lucky have I been? You have to take it and not get too low when things are tough. I’ve got to keep positive.

“So, I will never give up. I made a career out of being bang-average as a player, I worked hard and got the best out of myself.

“The same is true in management, I might not be blessed with this, that and the other – but I will always roll my sleeves up and get on with it.”

Given what’s happening in the world at the moment, making a light-hearted joke about something as trivial as football does seem rather harmless.

Still, considering Bruce’s unpopularity amongst swathes of Newcastle supporters, the fact he’s talking about not scoring goals so openly is unlikely to go down well. Indeed, it’s not as if his strikers are missing opportunity after opportunity with Understat data showing they are outperforming their xG this season.

A defensive approach away at bottom of the league Sheffield United has been widely criticised and, as a whole, Newcastle average the second-fewest shots per game in the Premier League this season.

All of those statistics suggest the problems stem from within his set-up.