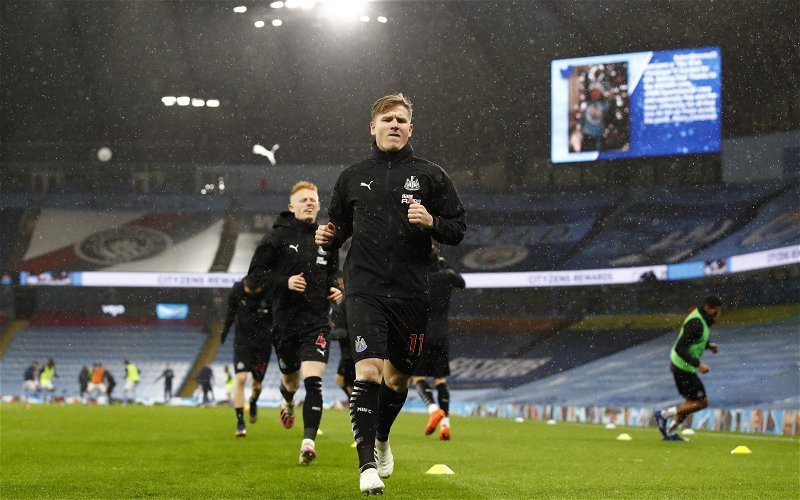 Speaking exclusively to Nothing But Newcastle, former Toon favourite Rob Lee has given his reaction to the rumours linking Matt Ritchie and Bournemouth’s Philip Billing with a potential swap deal.

When asked about The Sun’s recent story on the matter, Lee was less than convinced it was totally the right move to make at the moment.

“I don’t know the reasons behind the scenes but Ritchie doesn’t play much and you’d have thought he’d be one of the best crossers at the club,” he said.

“Why are we getting Bournemouth players who went down? Let’s be fair about it, they went down.

“We’re just not strong enough over the park for what we need.”

It’s certainly fair to question as to why Newcastle would want to sign a midfielder who has barely started in the Championship this season.

Indeed, the Dane has only been included in the starting XI on ten (less than half of the games) occasions for Jason Tindall’s side so far, so any move is unlikely to seem like the most inspiring.

Still, he has previously shown an ability to operate as a box-to-box midfielder, something Newcastle do need so – at least in theory – he would offer a solution to the current problems in the middle of the park.

Ritchie, meanwhile, is somewhat of a divisive figure. While a hugely important player in getting the club out of the Championship and re-established in the Premier League, he has largely lost his place to Jamal Lewis this season who is barely covering himself in glory as it is.

To harbour doubt about the potential move is perfectly reasonable.

After all, Billing has now been relegated with both Huddersfield and the Cherries while also not exactly tearing up trees in the second division.

Still, with money tight and a midfield at sixes and sevens, it’s not as if the club are blessed with options when it comes to trying to strengthen.