News: Steve Bruce’s future could rely on the next three games 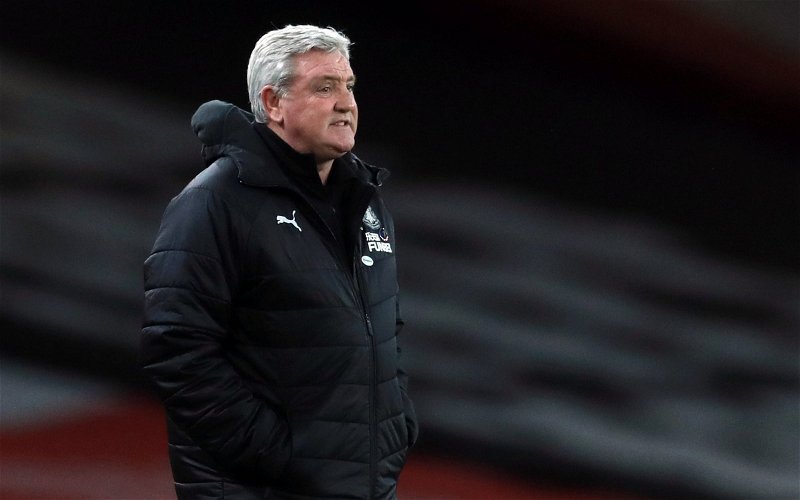 Writing in The Daily Telegraph, Luke Edwards has revealed Steve Bruce could be in trouble if results do not pick up in the next three games.

With Newcastle on a miserable run of nine games without a win, fan frustration has seemingly reached boiling point with swathes of supporters demanding the manager’s removal.

Still, owner Mike Ashley is not exactly renowned for sacking his head coaches with only Sam Allardyce, Chris Hughton and Steve McClaren officially being relieved of their duties while the full-time boss. Indeed, reports from The Daily Mail in November claimed Bruce still had the support of the Sports Direct mogul despite the start of the decline they find themselves on now.

However, according to Edwards, Ashley could ‘panic’ if Bruce is not able to beat either Aston Villa, Leeds United or Everton, by which point Newcastle could be deeply entrenched in a relegation scrap.

If he does, a change in manager could reportedly be inevitable.

Though Rafa Benitez did inspire the team to a strong end to that otherwise bitterly disappointing campaign, the Spaniard was only given nine games to try and beat the drop. The most costly decision that season was not to sack McClaren earlier and, if they repeat that process again, Ashley could stand to lose the coveted Premier League TV money as well as any hopes of a takeover.

While Ashley’s rather lowly ambition of simply keeping Newcastle in the top tier of English football has proven hugely frustrating over the years, hopefully it ultimately saves the club’s season and a change is made.