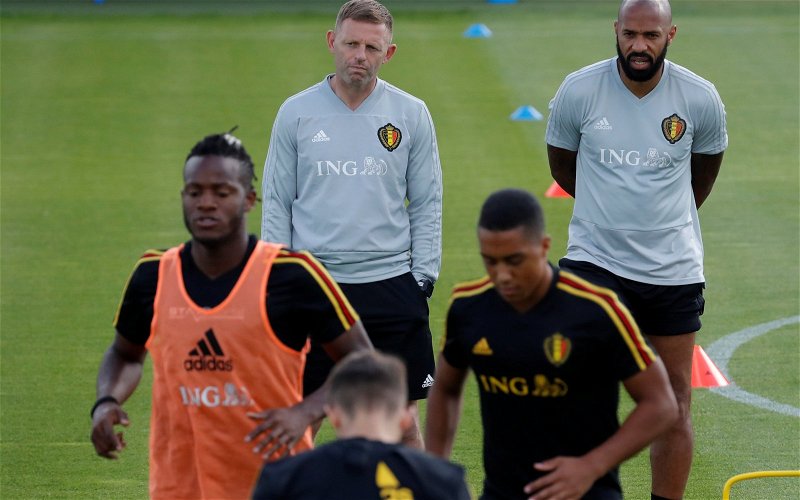 In a rather strange development, Sky Sports reporter Keith Downie has revealed Newcastle United are in talks with Bournemouth over a potential move to bring their current assistant manager Graeme Jones to St. James’ Park.

Well, Bournemouth has proven to be a market from which the club shop on a rather frequent basis.

Matt Ritchie, Callum Wilson and Ryan Fraser have all made the long journey up to the North East from the South Coast while Josh King is another to be linked with the move. However, the idea of bringing in their No.2, who only joined The Cherries in August is a rather unusual one mid-season.

Still, Lee Ryder then revealed any move wouldn’t undermine manager Steve Bruce after the exclusive broke from Craig Hope of The Daily Mail, despite the Toon boss’ current struggles.

Jones has worked closely alongside Roberto Martinez since retiring as a player in 2006, forming part of the Spaniard’s staff at Swansea, Wigan, Everton and the Belgian national team. In 2019, he was appointed manager of Luton but his tenure lasted only 41 games, winning 1 point per match on average following a spell of just twelve wins in that time, according to Transfermarkt.

Having joined Bournemouth in the summer of 2020, England international Lewis Cook praised him for bringing a ‘different angle’ to training sessions.

It’s not as if the current coaching staff could do any worse at the moment.

Indeed, the lack of modern coaching was something Miguel Delaney hinted was one of the problems holding a developing player like Sean Longstaff back when writing in The Independent back in November, so perhaps Cook’s assertion that Jones is capable of bringing something different could be helpful.

Still, it’s not exactly indicative of Bruce and his team being convinced they can come up with their own ideas. Only recently did Bruce suggest he was doing things ‘his way’ so potentially turning to a completely new voice doesn’t really suggest the solutions are currently in-house.