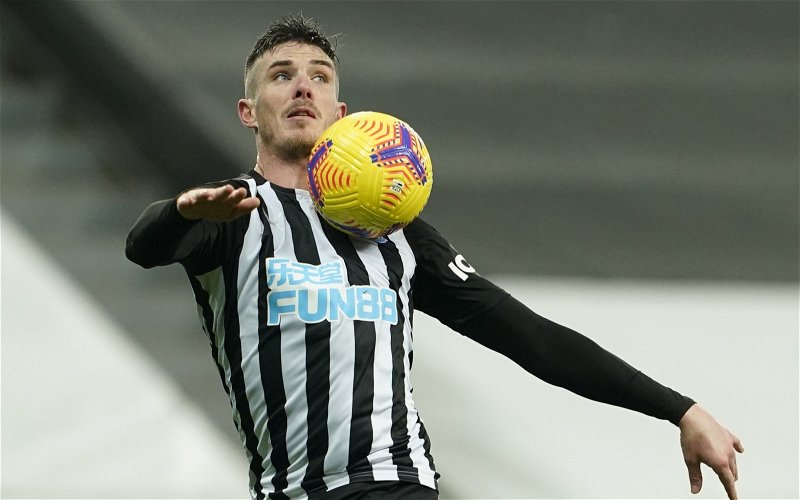 When Newcastle United signed Ciaran Clark for a reported £5m in 2016, you might have forgiven sections of the support for feeling underwhelmed.

Indeed, the Republic of Ireland international had just formed part of a Villa defence to have conceded 76 goals with Newcastle already having the likes of Jamaal Lascelles, Chancel Mbemba, Grant Hanley and Jesus Gamez able to operate at centre-back.

However, Clark has gone on to establish himself as one of the club’s most resolute defenders and, speaking exclusively to Nothing But Newcastle, former Toon defender Steve Howey has urged the need to keep him.

What he did say?

“I wouldn’t get rid of him, to be brutally honest,” said Howey amid Clark’s links with Crystal Palace as he enters the final stages of his contract.

“For me, he starts when fit.

“He’s a good solid professional who Newcastle would be silly to get rid of.”

Steve Bruce himself has spoken of his desire to keep Clark at St. James’ Park despite the fact his deal runs out this summer.

While his start to the season was delayed by injury, the 31-year-old has certainly made an impact defensively. According to WhoScored, no one has won aerial duels per game (4.1) while his standing as one of the club’s only left-footed defenders makes him a relatively precious commodity.

In the nine games following his return from injury, Clark has played every minute of Premier League action, highlighting his importance for Newcastle United.

If there’s a chance to keep him, the club would indeed be silly to watch Clark walk away for free.