Opinion: Jonjo Shelvey the creative spark who may have fallen behind the times 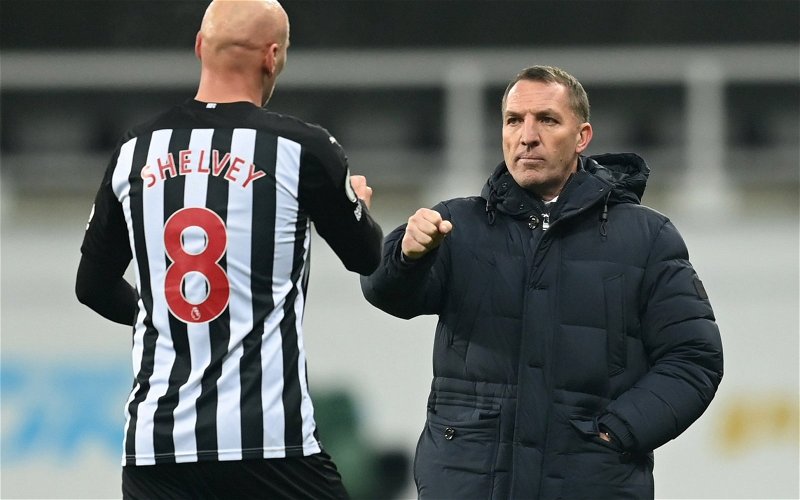 During the loss at home to Leicester City, the need for that final killer pass was noted on social media.

Enlightened minds such as Chris Waugh and Mark Douglas spoke of Newcastle’s lack of creativity and, looking at the statistics, it’s easy to see why.

According to WhoScored, only two of Steve Bruce’s players registered a key pass (one that leads to a chance or shot). Alarmingly, they were both defenders – Matt Ritchie (2) and Federico Fernandez (1) – which is a fairly damning indication on how little the midfield have been able to contribute.

In fact, all season, only one midfielder has been able to amass more than one of those per game, with Jonjo Shelvey averaging 1.2 during his nine Premier League appearances.

Shelvey presents an interesting problem himself.

While the natural temptation would surely be to play him – Newcastle’s greatest source of creativity in the middle of the park both this season and last – Waugh recently noted he was likely dropped against Leeds United out of fear the 28-year-old could not deal with the opposition’s pressing when writing in The Athletic.

Ultimately, the merits of that particular decision don’t really matter considering Newcastle were still ripped apart at Elland Road, but it is an interesting insight into Shelvey’s current standing in the game. Accusations of laziness have been reasonably prevalent throughout his career and, whether they’re true or not, he has at least made up for some of that with his ability to coordinate the attack.

Since signing in January 2016, the £13.05m-rated (via Transfermarkt) former Swansea City man has lead the way in terms of key passes from central midfield. Last year, he recorded the highest number of goal contributions out of anyone in the side, so was clearly making an impact.

However, the apparent concern over his suitability to play against pressing systems is noteworthy. The congested nature of this season may have teams actually harrying their opposition less (something Tom Worville of The Athletic noted) but there’s no doubt there’s been a rise in the tactic as a whole across the division since Shelvey initially broke through.

Indeed, ESPN spoke of how the idea of it – while not a new concept – was starting to emerge as a genuine trend in 2016, by which time the midfielder had already been let go by a top side on the forefront of pressing in Liverpool.

FBRef note how Shelvey – who is presumably supposed to be the man who makes the Toon tick – is actually only the fifth-best passer under pressure, averaging 6.28 a game.

When afforded time and space, he’s proven he can orchestrate. However, with pressing rampant throughout the Premier League even away from the top of the table (Leeds, Southampton, Sheffield United and Brighton all rank as the teams with the most successful actions in the league) an obvious place for him is becoming harder to see.

Defensively, too, he ranks 20/24 in the squad for successful pressing actions and was criticised by sections of the support replying to @NUFC360 on Twitter for his role in Youri Tielemans’ goal.

In many ways, Shelvey is the answer to Newcastle’s creative problems aside from bringing in a new player on paper. Whether or not that actually translates to the current landscape of Premier League tactics is unclear at best.