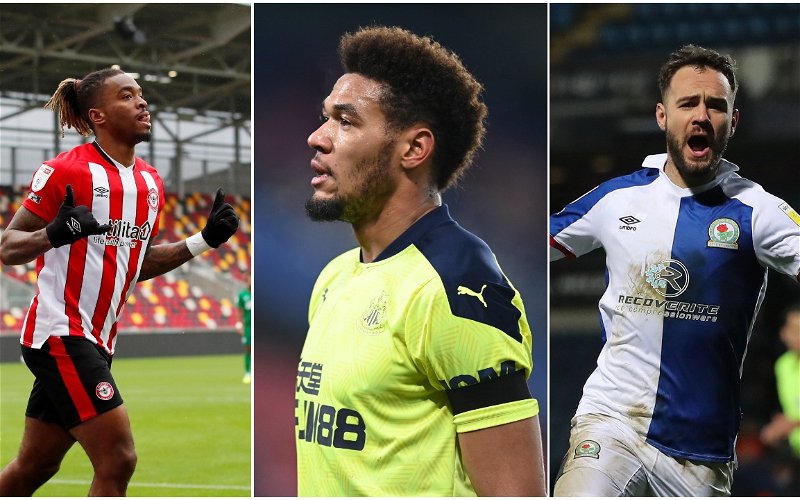 With Newcastle United’s record signing Joelinton continuing to struggle in the Premier League, Steve Howey has hinted the club could have saved themselves a lot of money during an exclusive interview with Nothing But Newcastle.

When asked about what he made of the Brazilian amid the success both Adam Armstrong and Ivan Toney have found since leaving St. James’ Park, Howey hinted the Magpies had made a major mistake.

“I think there have been times where he’s done ok but there still has to be more from Joelinton,” said the former Toon defender.

“He’s a big, strong lad and sometimes you’ll get a glimpse of him bringing the ball down and you think wow.

“There’s other times it bounces off him or he gets pushed off the ball and it’s just so frustrating.

“I’m a big admirer of both Armstrong and Toney.

“Absolutely, you could have put either one of them in this team when they struggle for goals.”

Well, it’s not hard to imagine either Toney or Armstrong scoring more than the seven goals in sixty-five games Joelinton has mustered.

The two former Newcastle strikers are tied as the Championship’s top-scorer with 16 goals apiece and average far more shots per game than the 24-year-old. Armstrong totals 4.8 over ninety-minutes with Blackburn while Toney’s average is 2.8 – both significantly higher than Joelinton’s return of 1.3 (via WhoScored).

Obviously, there is a caveat in that they are playing a level below the Premier League but an awful lot of Newcastle’s performances (including a loss to Brentford) suggest they aren’t much better. In fact, they are third-bottom of the league in terms of expected points and, based on recent form, are the worst team in the division.

Indeed, they also wouldn’t have come with the pressure the biggest price tag in club history brings. Granted, the £40m fee wasn’t Joelinton’s fault and serious questions should be asked of whoever signed that off, but extra attention is naturally paid to someone who cost so much money, particularly if it’s the first time a club have shelled out to that extent.

Collectively, Newcastle received an estimated £2.1m for Armstrong (reported £1.7m) and Toney (reported £351k). Given the former has been linked with a big-money move to West Ham while the latter has been touted as a potential option for Arsenal, it seems fair to say the club made a mistake in selling so quickly.

With Joelinton costing roughly £37.9m more than they were sold for, it’s not exactly a leap to suggest that money was wasted considering what they seem to have let slip through their fingers.