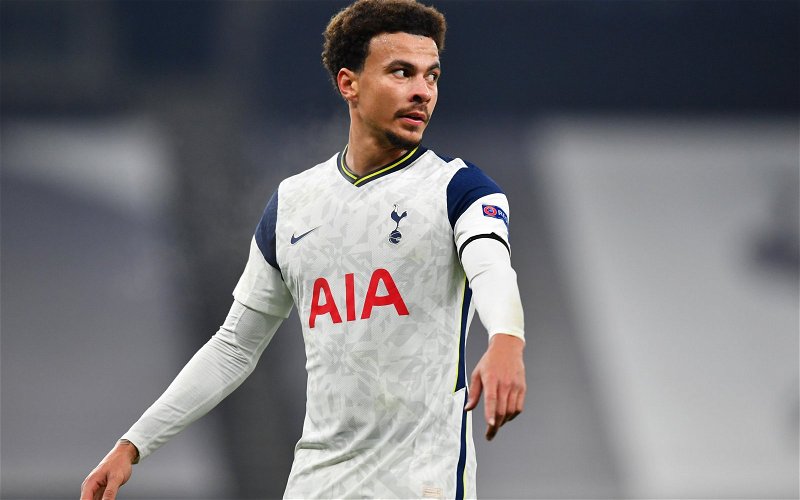 As if the last few weeks couldn’t have got worse for Newcastle United, reports from the Daily Telegraph yesterday suggested that, not only were Ryan Fraser and Allan Saint-Maximin likely to miss most of January, no money would be available in the transfer market.

Within that piece, they also provide insight into an apparent chase for an England midfielder.

Dele Alli’s name has been mentioned as a potential target of late with Steve Bruce thought to be keen on strengthening his midfield options considering the 24-year-old’s lack of involvement under Jose Mourinho.

However, this report claims any move to bring him to St. James’ Park has been stopped dead in its tracks as a result of the player’s apparent £100k-per-week wages.

Should we be disappointed?

Obviously, bringing a player of such quality to the club would have been nice but, on those kind of wages, it never seemed feasible.

What should be more frustrating is the fact the Magpies are understood to have missed out on fellow England internationals Ross Barkley and Ruben Loftus-Cheek for similar reasons, two players who would have provided an impressive extra body in the engine room this season.

Barkley, of course, moved to Aston Villa (who, let’s remember, stayed up by the skin of their teeth last season) while Loftus-Cheek joined newly-promoted Fulham so it’s not as if either moved to clubs of greater stature than Newcastle.

This season, WhoScored data notes that both Chelsea loanees have made more dribbles per game than any of Bruce’s current options while Barkley’s average of 2.5 key passes over the same period is much higher than anyone at St. James’ Park.

Given the apparent lack of funds, it’s hard to see how Bruce can considerably strengthen such a key area of the field.

None of his three loan signings last season did enough to warrant a permanent contract at Newcastle United, so it’s not as if he’s proven capable of working his magic in that kind of market while Toon manager before.

Lacking potential sources of creativity in the shape of Fraser and Saint-Maximin, these are certainly worrying times.