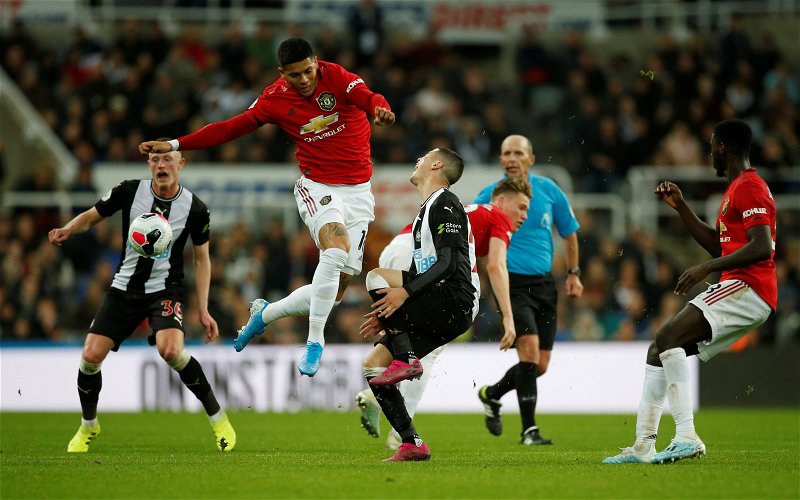 According to The Athletic, Newcastle United are keen on a move for Manchester United’s Marcos Rojo in the January transfer window.

The Argentine has not played in the Premier League in 13 months but is thought to want to remain in England amid interest from Sheffield United. Toon boss Steve Bruce is believed to value his versatility and his craving for more pace in the backline has previously been reported by the same publication.

It’s hard to gauge where Rojo is currently at given his complete lack of involvement in over a year but, if Newcastle are looking for pace, he does appear to fit the bill.

Both ESPN and Bleacher Report have talked about his speed in the past and Transfermarkt note how the 30-year-old has played over 50 times in senior football at left-back despite it not being his most familiar position.

Taking Rojo’s last genuine season of reasonably regular action – the 2016/17 campaign during which he made 21 Premier League appearances – he made more in the way of tackles, interceptions and clearances per game than Jamaal Lascelles, Federico Fernandez and Fabian Schar are managing this year.

According to WhoScored‘s data, his average of 1.4 tackles, 1.6 interceptions and 6.8 clearances would see him rank fifth, second and first for those metrics in Newcastle’s current squad this season.

So, if he can repeat those numbers, he’d certainly make an impact in the context of the current Newcastle United defence.

Having suffered a number of niggling injuries (Transfermarkt note he’s missed 29 games through various problems over the last few years) there is clearly no guarantee about that.

Still, the summer recruitment drive focused on players with Premier League experience, something Rojo does possess, which has largely worked thus far when looking at the instant impacts Callum Wilson and Jamal Lewis have made.

Able to operate in a number of positions, he’d afford Bruce an extra body both centrally and out on the left.

As long as the wage agreement is reasonable, it does look to be a short-term risk worth taking.