Opinion: A night to come in from the cold 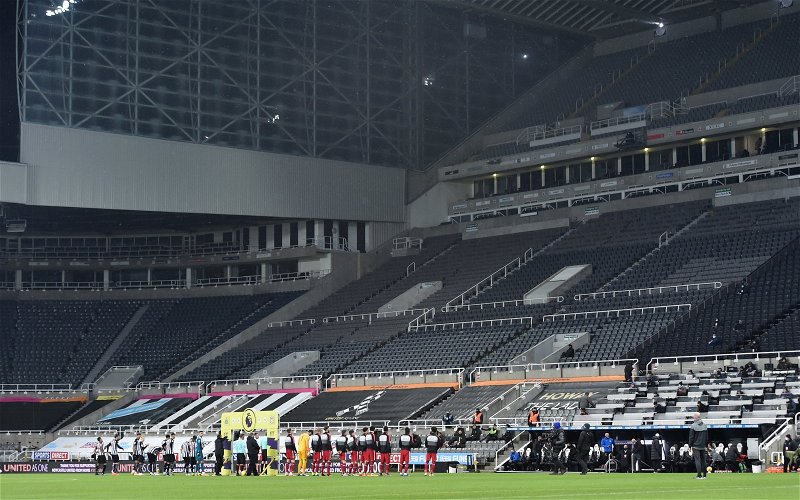 If the wider situation in which the club finds itself doesn’t allow them to be proactive they must react. After a miserable run of form and problems in regards to coronavirus, injuries and a reportedly paltry January transfer budget, that is finally what they did against Liverpool.

Karl Darlow will rightly be praised for his performance as the goalkeeper produced a match-winning performance. While reducing the extent of his excellence by suggesting we’ve come to expect it would be doing him a disservice, it’s becoming increasingly difficult to find the necessary adjectives with which to describe his form.

Not the hoardings, Karl Darlow pic.twitter.com/ehOShvwvBV

For some of those left out of the picture and linked with moves away from the club, it was a winter night to come in from the cold. Indeed, Matty Longstaff, DeAndre Yedlin and Fabian Schar have been touted for exits but all three were hugely important in keeping the champions out.

The younger of the Longstaff brothers looked the kind of dynamic presence in the middle of the park Newcastle have been craving for. Winning four out of five ground duels, his passing wasn’t perfect but therein lies the point. At least he attempted to get the ball forward at times, making one key pass and proving a lively figure throughout, making a tackle and an interception apiece.

Yedlin, meanwhile, was a very useful asset. The American’s recovery pace cannot be doubted but the kind of defensive resoluteness on show last night hasn’t always been wholly present in his game. Tonight, however, he managed to win 5/6 ground duels, block two shots, make six clearances and reduce the champions’ famed attack to just one successful dribble past him.

Fabian Schar, that is superb!

Two impressive performances but it was Schar who stole the headlines. His dramatic goal-line clearance had Ally McCoist purring on Amazon Prime’s broadcast and made up an impressive tally of eleven of those overall, along with two blocks and two interceptions.

Newcastle aren’t exactly blessed with options in their squad so it’s promising to see these players, who have rarely been first-choice of late, come in and impress.

Still, with Schar and Yedlin heading into the final few months of their deals, it wouldn’t be much of a surprise to see either of them depart as the club desperately try to recoup some money ahead of the transfer window.

Longstaff, however, should be kept. Following up a promising performance in an otherwise routine win for Manchester City, he’s looked capable of offering the midfield some extra legs against two of the best teams in the league.

All match stats taken from SofaScore.