News: Andy Carroll could be advised to move into coaching role 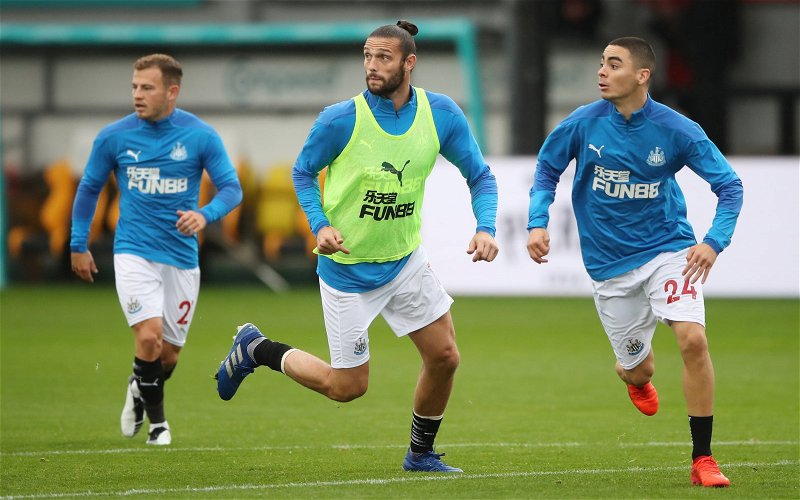 Andy Carroll’s return to Newcastle United is an interesting story. While the 31-year-old has not scored during his second spell on Tyneside, there’s little doubt he’s proven important at times, as his four assists last season would attest.

Indeed, perhaps his role behind the scenes should also be taken into account.

According to The Athletic, Carroll has taken it upon himself to mentor Joelinton in an effort to help his teammate deal with the burden of being a Newcastle United No.9.

One of the most famous shirts in English football, the Brazilian’s struggles since joining in a £40m deal from Hoffenheim have been well-documented but Carroll is reportedly determined to help him make his stay a success.

As a result of that kind of attitude, those behind the scenes are understood to be likely to urge him to pursue a career in coaching once he’s retired as a player.

It’ll be interesting to see what the future holds for Carroll.

While his impact has been limited, it has been helpful. Clearly, he boasts a unique physical quality and – even this season – helped Newcastle win a controversial late penalty at Tottenham Hotspur by causing problems in the air.

Still, given the injuries he’s suffered over his career, he cannot seemingly be relied upon to start at Premier League level, so it’s uncertain as to whether he’ll stay with the Toon Army or not next season.

West Brom have been linked but perhaps the idea of Carroll as a coach is one worth pursuing. He’s someone who knows how to use his frame and cause problems but injuries have impacted his mobility, so potentially the chance for him to teach forwards how to do so in the future could be a useful option to explore.

Thought to have been angry about not coming as a substitute against Leeds United amid their problems dealing with set-pieces, such understanding does hint at a relatively tactical mind.