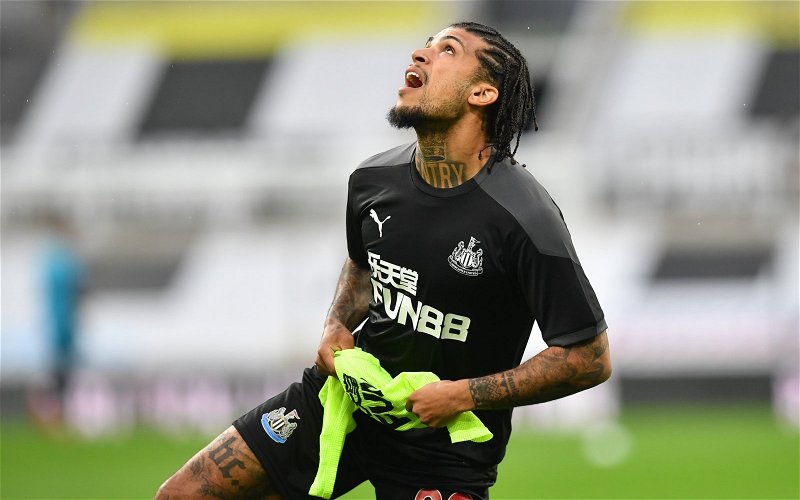 Newcastle United transfer news sees DeAndre Yedlin linked with a move to Inter Miami (according to CBS Sports via Global China Daily) and, though the American defender has lost his place to a combination of Javier Manquillo and Emil Krafth, the Magpies could be missing something should he depart.

Indeed, last season, the 27-year-old proved an effective tool when pressing high up the pitch. In fact, as per FBREF (with stats sourced from Stats Bomb), Yedlin actually pressed the most in the attacking third of any Newcastle defender at all last season. Overall, the USMNT international was far and away more proactive when it came to trying to pin opponents back than any of his defensive teammates, performing that action 35 times.

While Jamal Lewis’ signing has helped this on the opposite flank (he’s already pressed 4 times in that area pitch in 2 Premier League games), Manquillo has only been able to muster it half as many times. Given the fact the Spaniard only offered 23 of these over the whole of last season too, it doesn’t appear to be his natural game in this side.

With the Athletic recently pointing out that Newcastle’s home form must improve, losing a defender who can help win the ball back high up the pitch – without a natural replacement on his flank – could be a blow. Perhaps the idea of a low block and hitting teams on the counter is a viable tactic either away from home or against a top side but to lose someone who can at least try to force the opposition back in their own half is seemingly not conducive to a side looking to impose themselves on home soil. Pressing high up the pitch, after all, was cited as a way to beat the best teams, such as Liverpool, by tactics expert Michael Cox. Clearly, it’s not as easy as just having one player do this, but it’s not as if Bruce is blessed with options who did it last year.

That’s not to say Bruce can’t upgrade on Yedlin, of course, as his 21% pressing accuracy would suggest. Still, with no one of his profile in the squad and only Lewis offering something similar on the opposite flank thus far, Yedlin’s departure could leave Newcastle light.