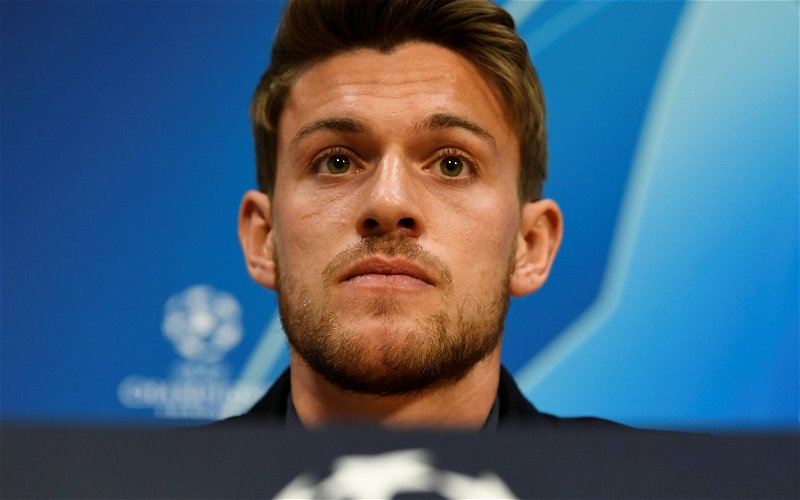 Some of the latest Newcastle United transfer news sees the Daily Mail tout Juventus defender Daniele Rugani as a potential target as Steve Bruce looks to strengthen his options in central defence. Prior to these reports, Arsenal defender Rob Holding was understood to be close to a move before the Gunners pulled out and, while the Magpies do have a number of players in this position already, perhaps some of the previously reported concerns over Fabian Schar can help explain as to why they might be interested.

Back in July, Chris Waugh of the Athletic expertly detailed Schar’s problem on Tyneside. Since joining from Deportivo La Coruna there have been some wonderful moments in black and white for the Swiss international, such as his two goals at home to Cardiff in January 2019 or his thunderbolt against Burnley a month later. Still, he has rarely been a regular over the last two seasons and the piece in the Athletic talks about some of the ‘reservations’ former coach Rafa Benitez had about playing him in a back two.

According to the Premier League’s official website, both Schar and former teammate Florian Lejeune made 2 errors leading to goals last season, the joint-most of any outfield player in the division. Given Waugh describes them as both ‘excellent distributors’ and quotes a first-team source explaining the other options at St. James’ Park are a ‘much of a muchness’ when it comes to traditional defending, it’s clear that Newcastle are stuck with a catch-22 here. Indeed, while they do have players capable from playing out from the back, they both come with problems – the ‘doubts’ (reportedly shared by Bruce) about Schar in a two or Lejeune’s extensive injury problems prior to his recent loan away from the club.

So, all this could explain the apparent interest in Rugani. Far from a regular with the Old Lady, the 26-year-old was last a feature in their first-team during the 2017/18 campaign after the sale of Leonardo Bonucci to AC Milan, a year in which he made 22 starts for the Italian giants. Schar made the same amount in the 2018/19 campaign so these are seemingly the best seasons from which to draw comparison.

Using stats from WhoScored, Rugani looked a lot more composed, attempting more passes per game on average (68.5 to 41.4) at a much higher completion rate (90.9% to 68.1%) and committing fewer fouls over the same period (1.1 to 1.2). Granted, Juve are likely to dominate the ball given their domestic dominance (averaging 56% possession per game compared to Newcastle’s 43% that season) but even looking at his time further down the footballing period in Italy shows Rugani’s proficiency.

During his time at Empoli back in 2013/14, the 7-cap Azzurri international still managed to outperform Schar during his most sustained run in the Newcastle first-team, attempting 42.6 passes per game at a completion rate of 86.6% compared to the Swiss’ stats in the paragraph above. The defensive side of his game was also more resolute during his time in Tuscany, averaging more clearances per game (6.9 to 5.7), the same amount of blocks (both 0.7) and giving away fewer fouls (0.6 to 1.2).

Schar’s time on Tyneside has been productive (he won the 2019 North East Football Writers’ Association Player of the Year award, after all) but the doubts about him could go some way into explaining why Newcastle might want a player of Rugani’s quality despite their number of options in central defence.