The Plan: How Newcastle United can beat Tottenham Hotspur

This article is the first entrant in our The Plan series, where Nothing But Newcastle will try to formulate a game-plan for the Magpies ahead of a fixture.

Even in a week during which Newcastle United have recorded their biggest ever away win, not everything has been positive. While it’s good to have seen the Magpies secure easy entry into the next round of the Carabao Cup, the manner of the weekend loss to Brighton was certainly worrying.

Steve Bruce himself admitted it was an awful afternoon as the Seagulls ran rampant at St. James’ Park and, during the busiest season in years, he has had little time to prepare for a trip to Tottenham Hotspur today. The scene of his first Premier League win as Toon boss and an early goal for Joelinton last season, so much has changed since then.

But what does Bruce need to change for his second visit of Spurs’ brand new home? Here’s The Plan. 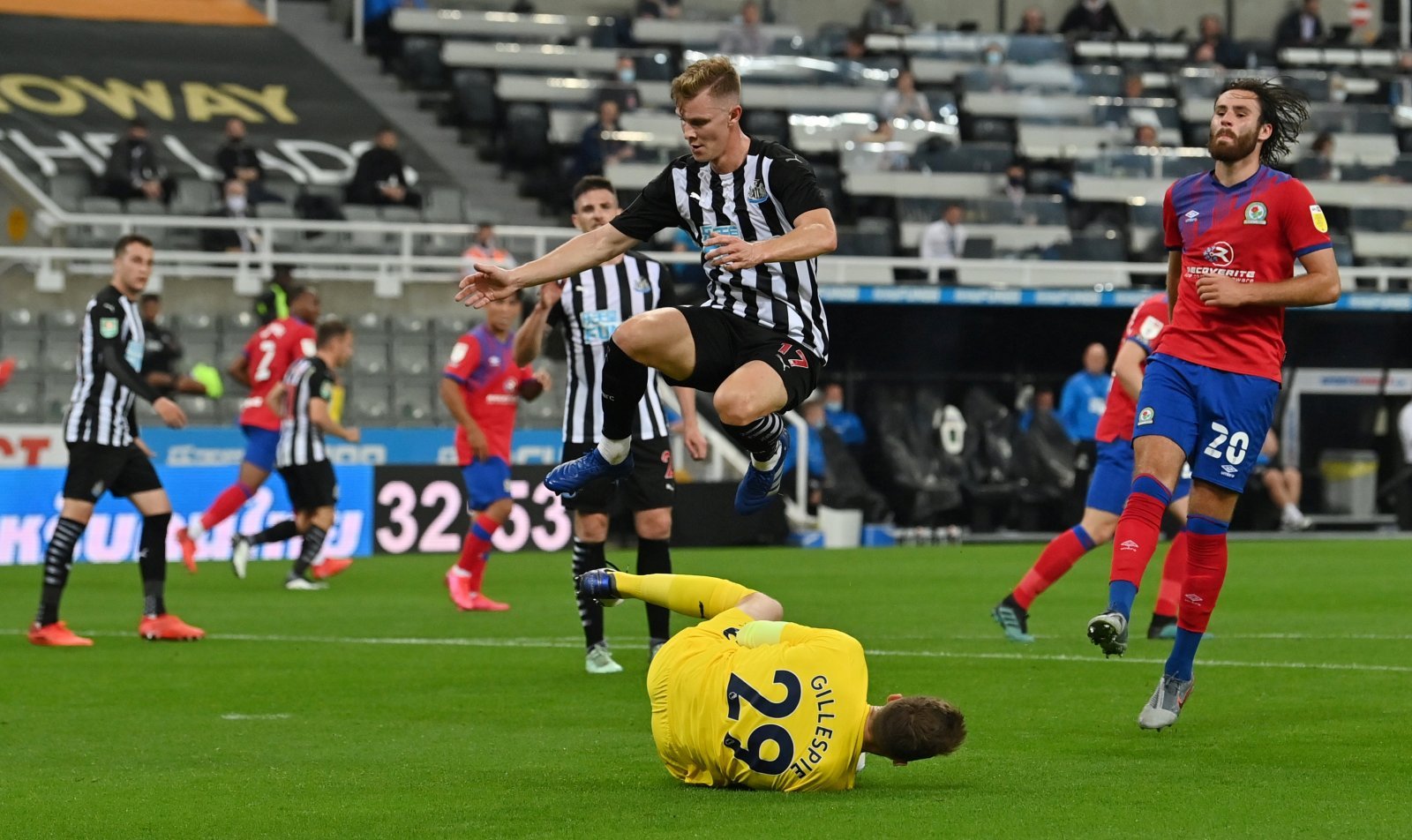 A few hours before Newcastle meekly surrendered against Brighton, Tottenham were struggling to break Southampton down. Now, that might sound strange given Mourinho’s men eventually ran out 5-2 winners but – aside from Tanguy Ndombele breaking the press to help Harry Kane tee up Son just before the interval – it’s fair to say they struggled, as Charlie Eccleshare of the Athletic pointed out.

After Son’s goal, Southampton pressed forward and their high line was constantly caught out as Kane assisted the South Korean forward a record-breaking 4 times over the 90 minutes. With the pace of Son and players such as Erik Lamela, Steven Bergwijn and Lucas Moura also available, Kane certainly has options.

To combat this, adding another central defender seems wise. Aside from the England captain, only one player has created a ‘big chance’ in the Premier League (with stats taken from SofaScore), so the less space he has to aim for when searching for runners, the better.

Emil Krafth could prove important here. The Swede has played centrally five times over the course of his Newcastle career and, with Paul Dummett, Fabian Schar and Ciaran Clark all out, is the only genuine option, unless Isaac Hayden dropped back and Sean Longstaff came into a midfield role. 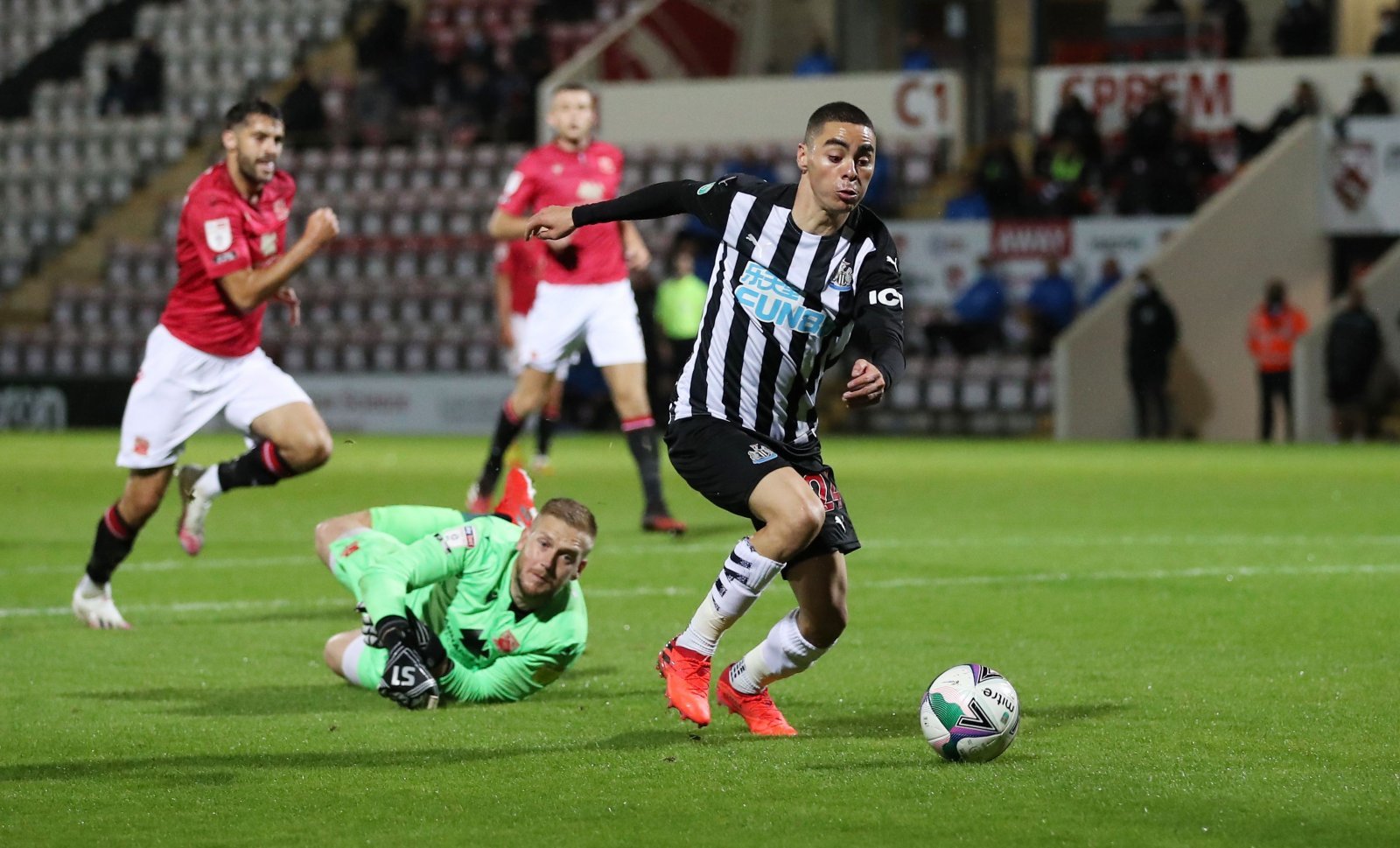 This one seems fairly obvious, given how Almiron at least provided some attacking impetus when he came on against Brighton in what was otherwise a miserable afternoon for Newcastle. Not selected from the start against either West Ham or the Seagulls, Almiron provided an assist in the first game and 3 key passes in the latter, as well as teeing up Ryan Fraser for his first goal against Blackburn and scoring against Morecambe.

There’s also his pace to take into account. With Newcastle having just 19.1% of the ball in their last trip to North London, having someone who can counter at pace will be crucial in getting the team up the pitch. Adding goals and assists to his game in recent months, Bruce shouldn’t overlook him again. 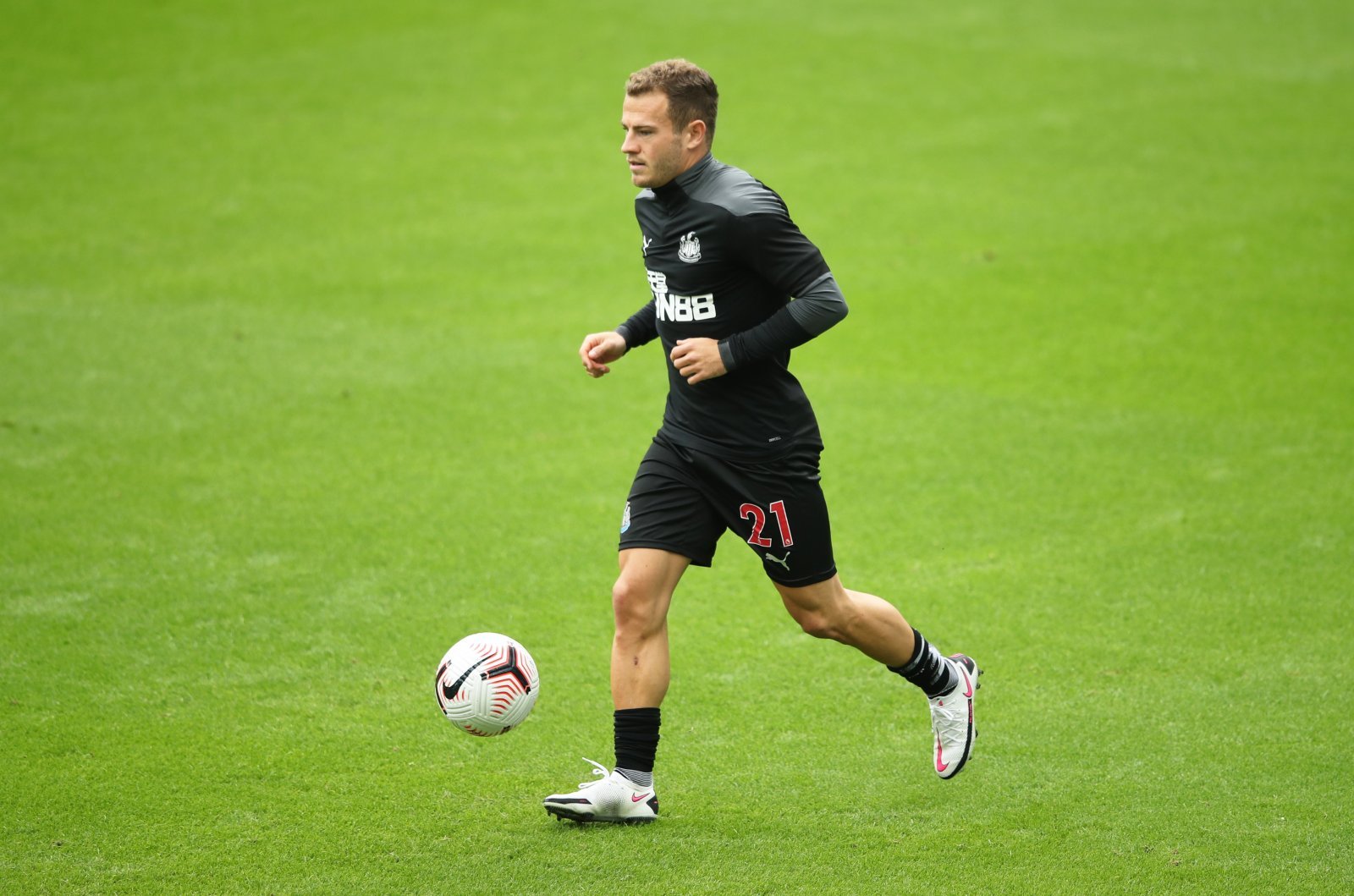 Prior to this weekend’s game, Bruce himself admitted he had been ‘guarded’ over the use of Ryan Fraser following his move in the summer. Given that the Scotsman hadn’t played since March when he joined that does seem understandable but with a run of games under his belt, it’s time to start him.

Allan Saint-Maximin is thought to have struggled with an ankle problem during the week after being replaced by Fraser against Brighton and, now, Bruce can afford to rest the winger.

Already this season, Fraser has made more interceptions (3 to 0) than his teammate and faired a bit better defensively during his last full season of action (2017/18) with Bournemouth, making more clearances and blocks a game than Saint-Maximin did last season. If the Toon are going to soak up pressure and hit Spurs on the counter-attack, his defensive work coupled with his pace (as well as his relationship with Callum Wilson) must be used from the get-go.