Opinion: What could have been if French international striker had joined Newcastle 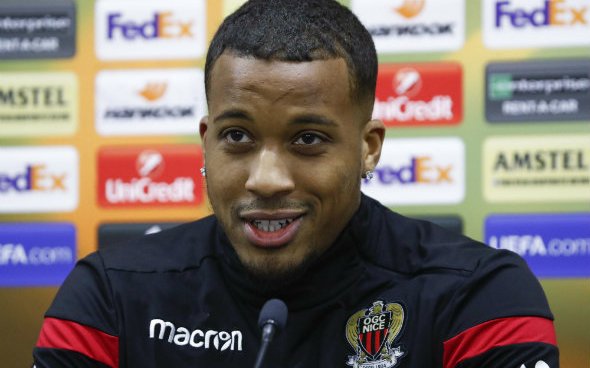 Back in 2018, Newcastle came close to signing Alassane Plea, then of Nice, for what would have been a club-record fee, at the time, of around £20m. However, the player is said to have turned down a move to St James’ Park, despite what would have likely been a significant wage increase as the French striker was “unimpressed” with the club’s “sporting project”.

Instead, after long term interest from Borussia Monchengladbach, the forward elected to move to the Bundesliga for £20.7m. The move has proven to be an overwhelming success for the 27-year-old, but it is hard not to imagine what it would have been like had the striker arrived on Tyneside.

In his debut campaign in the German top-flight Plea scored 12 and assisted four, instantly acclimatising to the division after scoring eight goals in his first eight games. Meanwhile, Newcastle had Salomon Rondon leading the line for what was then Rafael Benitez’s side, but he was only on loan from West Bromwich Albion.

The Venezuelan striker fired in 11 top-flight goals for the Toon and was an excellent stop-gap but returned to the Championship side and was eventually sold to Dalian Professional, linking back up with Benitez in China.

However, it is during the 2019/20 campaign that Newcastle and Plea’s form has contrasted significantly as the French striker fired in ten goals, while also registering a further ten assists for Marco Rose’s side. Meanwhile, the Magpies have been one of the most goal-shy teams in the Premier League, scoring just 38 goals in as many top-flight matches.

Further misery for the Magpies has come in the form of record signing Joelinton, who cost almost double what Monchengladbach paid for Plea, £40m. The Brazilian frontman fired in a woeful two Premier League goals during his debut campaign in England, with an embarrassing 2,130 minutes and 39 shots between his two strikes.

Had Plea arrived and settled to life on Tyneside as he has done in Germany, Newcastle may not have needed to outlay such an enormous amount on the Joelinton gamble which is yet to pay off. Instead, his hefty transfer fee could have been distributed to recruitment throughout the squad, rendering Plea’s rejection of Newcastle a sliding doors moment.