Opinion: Newcastle’s £20m-rated loanee must be sent packing this summer 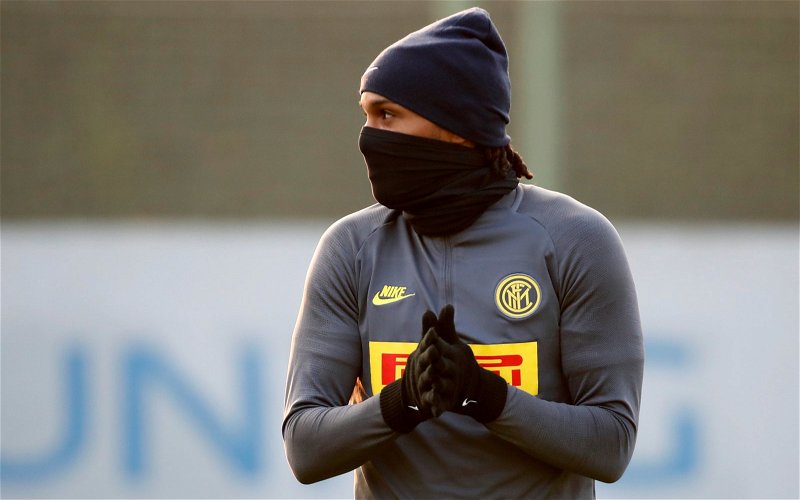 When Steve Bruce found himself desperately short of reinforcements during the festive period which threatened to destroy Newcastle’s season, as the Magpies boss experienced what he believed to be the worst injury crisis of his career. As a result, he dipped into the loan market.

In came Danny Rose, Nabil Bentaleb and Valentino Lazaro and on the whole, the trio have proven to be a remarkable quick fix on Tyneside, helping to secure Premier League survival.

However, while Rose and Bentaleb have plugged gaps which desperately needed filling, Lazaro has been forced to compete with Miguel Almiron and Allan Saint-Maximin after Bruce reverted to a back four. The formation switch up has left the Inter Milan speedster with just three Premier League starts, and he admitted that he has not been happy with the amount of action he has seen.

But given his performances, where Lazaro has recorded an average match rating of 6.21, it would be foolish for Newcastle to spend the reported £20m to make Lazaro a permanent feature on Tyneside.

The 24-year-old has scored one goal, the fourth in the 4-1 demolition of A.F.C Bournemouth, without providing a single assist for the Toon. Given his overwhelming lack of end product, it is hard to justify outlaying £20m on the Austrian international, especially when Steve Bruce’s transfer kitty is reportedly only £50m.

Bentaleb and Rose have started more frequently during their six-month stay on Tyneside, 14 times combined, and with the latter reportedly only costing £5m keeping the England international on appears a much more appealing proposition.

Furthermore, with the likes of Almiron and Saint-Maximin already in the squad, along with Matt Ritchie and Christian Atsu, Newcastle do not need to prioritise strengthening in wide areas. Goals are what the Magpies have been desperately short of this term and bringing in a striker who can lead the line must be the main focus of Newcastle’s recruitment over the summer transfer window.

Lazaro has proven to be a good squad player during his spell in the northeast, but no more than that, racking up just 380 Premier League minutes since arriving in January. Given his asking price, it would be wise for the Newcastle hierarchy to thank the 24-year-old winger for his services but send him back to Inter Milan when his loan in England expires.