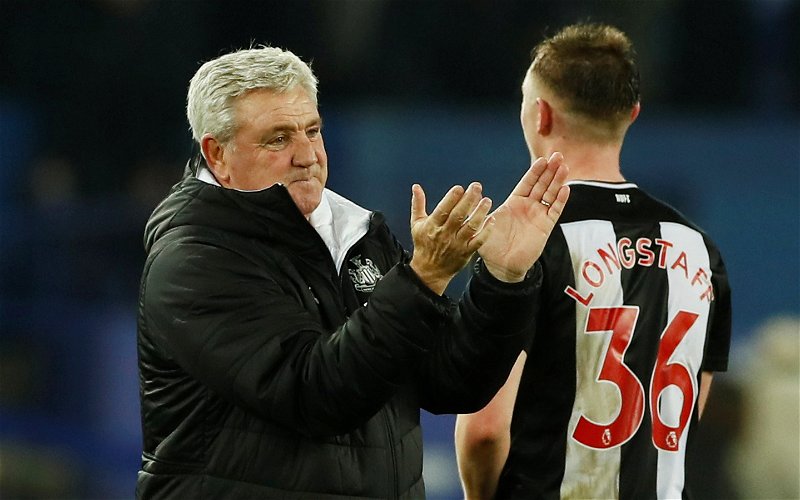 Newcastle United ended the season with a 3-1 defeat to Liverpool, having briefly threatened to upset the champions after scoring the opener with just 25 seconds on the clock. Dwight Gayle’s fourth goal of the season counted for little in the end though as the Magpies cruised to a 13th place finish on 44 points.

Steve Bruce will have been disappointed to watch the Magpies’ season peter out, finishing the campaign with one win, three draws and five defeats in the last nine matches. After the game, BT Sport pundit and former Reds player Steve McManaman did not hold back in voicing his opinion regarding how Newcastle may struggle next term.

Speaking on BT Sport, via the Chronicle, McManaman said: “The worst thing for Newcastle fans would be the takeover happening in November or something like that. From what you have seen today and the past few months, they need a huge amount of investment.”

“This team is nowhere near good enough, and they will struggle next year. If they finish in the same position, then great, but this cannot go on. They need investment to get better, and they need to be more entertaining. Exciting the crowd more is key, otherwise, it’s just a sinking ship,” added the pundit.

In principle, Bruce achieved what was required of him this term, steering Newcastle well clear of the relegation scrap, even after a dismal run in. But as McManaman eluded too, the Magpies had been drab to watch for much of the season, scoring just 38 goals in as many matches. Additionally, Newcastle’s goal difference of -20 was the second-worst of all the sides who survived in the Premier League, suggesting that there are issues at both ends to fix ahead of next term.

The takeover continues to rumble on in the background, and there have been suggestions that Mike Ashley is preparing for a situation where he will still be at the helm for the start of next season. Bruce has already called for clarity regarding the prospective bid, but the Premier League have not been forthcoming.

Another concern is that the Magpies finished bottom of the table on expected points this season, with the model suggesting Newcastle should have collected just 31.92. The warning signs are there for the Toon, and they must not ignore them over the summer.