Report: The stats which suggests Newcastle player of the year isn’t a worthy winner 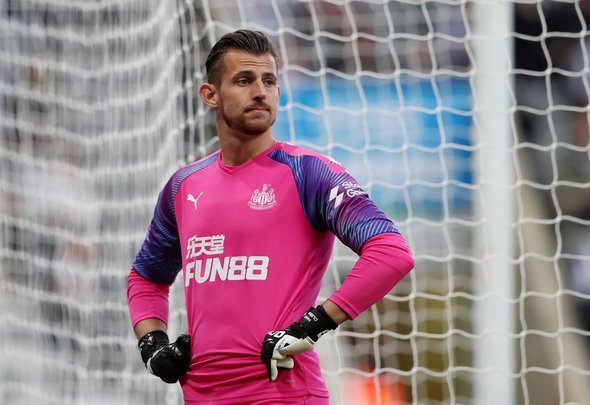 Since arriving from Sparta Prague in January 2018, Martin Dubravka has hardly missed a minute for Newcastle. He’s played every second of the past two campaigns and proven to be an incredibly shrewd signing, costing the Magpies a minuscule £3.6m.

In return for that savvy investment the Slovakian stopper has kept 26 clean sheets in 88 Premier League matches, and over his two and a half seasons the 31-year-old has embraced the northeast to become a fan favourite. At the end of this campaign, he scooped the Magpie’s Player of the Year for 2019/20, but there is one statistic in particular which suggests he might not be a worthy winner.

No player in the entire top-flight committed more errors leading to goals this term than Dubravka’s five, highlighting how he has let mistakes creep into his game too frequently. Jordan Pickford was his closest rival for the unwanted record, committing four errors leading to the opposition scoring.

The England number one has been much maligned for his indifferent performances this term and made yet another mistake on the final day of the season. His manager Carlo Ancelotti has even called for the Everton stopper to “be more focused on himself, on his performance, day by day to be better.”

Somehow Dubravka’s mishaps appear to have snuck under the radar, perhaps drowned out by the occasional stellar performance, such as the colossal display in the 2-0 win over Sheffield United. On that evening he was simply unbeatable and helped the Magpies collect three points they simply did not deserve, which was aided by Jonjo Shelvey’s controversial VAR awarded goal.

Overall this term the Slovakian stopper performed admirably, keeping 11 clean sheets, though that was only enough to put him eighth in the race for the Premier League’s Golden Glove. Furthermore, no goalkeeper made more saves in the top-flight than Dubravka’s 140 this season, epitomising how busy he was kept throughout the campaign. Disappointingly though, the Magpies’ number one conceded 58 strikes in 38 matches, letting in an average of 1.5 goals a game.

This is not intended as a damning indictment of Dubravka’s capabilities, he is still an exceptional goalkeeper and certainly not one who needs replacing over the summer. However, has he really been the best Newcastle player throughout the campaign? His gaffes, in particular, are a stain on an otherwise steady season and if he can produce the same results next term but with fewer mistakes, he could rightfully lay claim to Newcastle’s player of the Year.