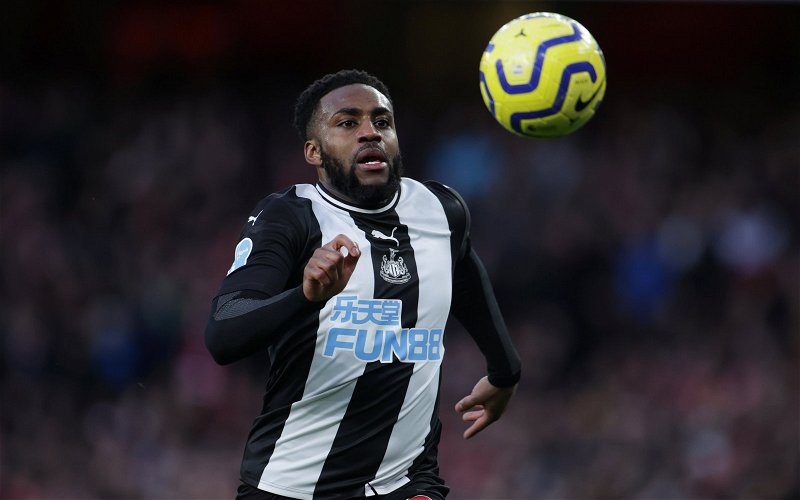 As takeover talk continues to rumble on at St. James’ Park the list of names touted to be on the Toon’s radar is ever increasing. Many are reportedly only likely to occur if the Saudi Arabian Public Investment Fund backed takeover is completed, and one of those reported transfer targets is Napoli’s Kalidou Koulibaly who’s asking price is £90m.

Although another considerably more sensible option which the Magpies may be able to pull off is the permanent signing of on-loan defender Danny Rose from Tottenham Hotspur for £5m. The England international has already discussed how he feels he is currently playing for his future while temporarily in the northeast, hence his availability at such a reasonable price.

Once his loan expires the only players capable of playing left back remaining in the Magpies’ squad would be Paul Dummett and Javier Manquillo. The Welshman arguably does not have the speed required to fulfil the role, though, and has looked far more comfortable when deployed in the centre of defence, while the Spaniard is the first choice right-back.

Therefore Roses’ addition makes perfect sense given he is available at a snip of his £14.4m valuation, (Transfermarkt). He would also add a wealth of valuable international and Premier League experience having represented England on 29 occasions along with making 191 top-flight appearances. Having already spent the last six months on Tyneside, Rose would not require a bedding-in period and could seamlessly plug a gap in the squad as he has done while on-loan.

Meanwhile, there can be no doubt Koulibaly is an absolute juggernaut in defence, but at 29-years-old he is narrowly over the apex of his value which Napoli are well aware of, hence the £90m asking price. Queens Park Rangers’ bonkers transfer window of 2012/13 should act as a warning to anyone willing to splash the cash in the Premier League, as the star-studded arrivals formed a dressing room divide with the players who earned promotion.

Newcastle only need to search back as far as last summer for another reason not to bring in a massive marquee arrival. Joelinton obliterated the St. James’ Park transfer record with his £40m move but has been much maligned after delivering a meagre two Premier League goals.

An approach for Rose seems like a sensible course of action to begin the Toon’s summer dealings while attempting to prize Koulibaly away from Napoli for an astronomical fee could end up backfiring.